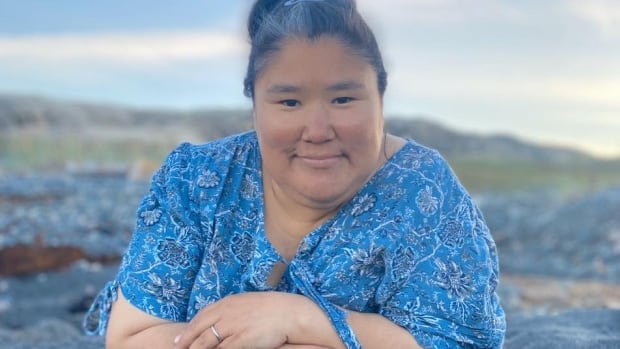 
A family in the Belcher Islands community of Sanikiluaq are grieving the death of 35-year-old Silatik Qavvik, who died in Winnipeg on Sunday after testing positive for COVID-19 in November.

Qavvik contracted the virus while travelling for childbirth. She tested positive shortly after undergoing caesarean surgery, and was put on a ventilator.

She had been on breathing support for over a month.

In Nunavut, Iqaluit is the only community that can medically support childbirth. Residents of Sanikiluaq travel to Winnipeg for medical treatment.

Qavvik’s father, Johnnie Cookie, is the mayor of Sanikiluaq. He said his granddaughter travelled to Winnipeg to be with Qavvik when she died. He hadn’t seen Qavvik since she left for Winnipeg in early November.

He is urging travellers to be safe.

“Something serious can happen, it’s not a joke,” he said.

While she was on the ventilator, the family would call through to the nurses to speak with Qavvik. They would say the Lord’s Prayer, and sing hymns, he said.

As his youngest daughter, he remembers Qavvik’s positive personality and how she would kiss his cheek. As a little girl, she liked to travel by ATV out to the family’s cabin. He says the trail he and his wife take to that cabin is now named
after their daughter.

The woman leaves behind her infant daughter, Lisi, her husband Peter, and four other children ages 16 and under.

Cookie says his granddaughter arrived home in Sanikiluaq on Sunday and is doing well.

There are still no direct flights between Sanikiluaq and other Nunavut communities, so anyone leaving the community must first travel to southern Canada.

Qavvik’s death speaks to the risks faced by Nunavut women who must travel during the pandemic for prenatal and maternal care, primarily to cities like Ottawa, Winnipeg and Edmonton where active case counts are currently high.

Many residents from the Kivalliq region also travel to Winnipeg for other types of medical treatment.

The MLA for Rankin Inlet North Chesterfield Inlet Cathy Towtongie says her constituents are sorely missing a birthing centre in Rankin Inlet with trained Inuit midwives after it was suspended in August.

She learned from the midwives that there wasn’t enough support for the program, and so staff were worn out.

For expectant mothers, travelling for childbirth can be traumatic, Towtongie said.

“When the midwives were in Rankin Inlet, they had the ability to speak Inuktitut, they knew the patient and what care they needed. They would calm the patient down.”

Towtongie says the Health department has to have a strategy in place in order to prevent further deaths.

The government of Nunavut reports death counts based on cases that are contracted within the territory. Nunavut’s death count is one.

The territorial government does not report the deaths of Nunavut residents who have died while in medical care in other jurisdictions.