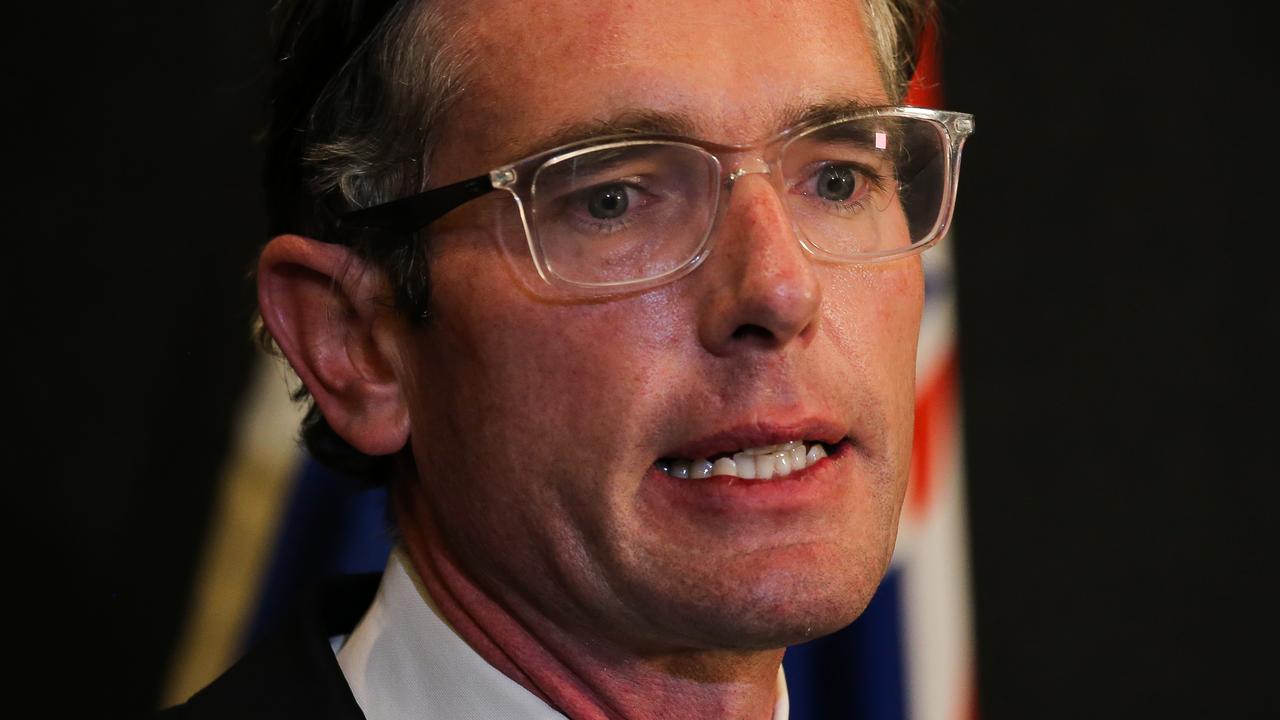 Dominic Perrottet is facing the heat on his first day as Premier with the new leader forced to explain he’s ‘not a dictator’.

Dominic Perrottet has been grilled during one of his first interviews as Premier with the state’s new leader probed about his conservative views and a controversial decision around freedoms.

Speaking to 2GB’s Ben Fordham, Mr Perrottet was questioned about how, during a crisis cabinet meeting, he pushed for the unvaccinated to be given a set date for their ‘freedom day’.

The radio host branded the timing of that move as “woeful”.

“You also pushed for an early return for unvaccinated people to churches and places of worship.

“Why have you been so keen to reward those who didn’t do as they were asked?”

Mr Perrottet claimed the advice government received from health was that “this was the pathway forward”.

But Fordham cut the Premier off.

“We haven’t even had freedom day yet, then you guys came out and say … ‘okay well December 1 is the date (for unvaccinated freedoms), and now we’re seeing this dramatic slowdown in vaccination rates,” Fordham said.

The Premier argued there was always going to be a slowdown in the vaccination rate when the figure reached a certain point.

More than 88 per cent of eligible residents aged 16 and older in NSW have received one dose of the vaccine and more than 67 per cent are fully vaccinated.

The state is well ahead of other jurisdictions like Queensland where not even 70 per cent of eligible people have had their first dose.

“I believe we’re going to be well above 90 per cent by the end of the year,” Mr Perrottet said.

Mr Fordham also questioned whether his Catholic ideals would influence his decisions as Premier.

Mr Perrottet voted against decriminalising abortion in 2019 and is against same-sex marriage.

In 2017 he said “marriage is about every child’s fundamental right to grow up with their own mum and dad”.

The radio host said a lot of things had been “dug up” in the last 24 hours about Mr Perrottet’s past.

When asked whether he supported the right for women to have an abortion and same sex couples to get married, the Premier said he had “no intention of changing the laws in that space”.

“We live in a diverse and tolerant society and one of my leading values is freedom,” he said.

“People should be able to have freedom of opinion and ideas.”

His controversial push to oppose laws which would force Catholic priests to tell police if a priest confessed to child sex abuse in the confessional was also raised.

“Churches and other organisations have committed really terrible crimes over the years. But I also believe in the separation of church and state,” Mr Perrottet said.

The new leader was also asked about removing the mandate on mask wearing in offices before December 1 when people are expected to filter back to work.

Mr Fordham said: “You’re the boss now, your view … surely is to get rid of that rule?”

“I might be the boss but I’m not a dictator,” Mr Perrottet replied.

Mr Perrottet is the youngest person to hold the top leadership position in NSW after Liberal MPs voted 39-5 in favour of the 39-year-old father of six during a meeting at Macquarie St on Tuesday.

His promotion came after Gladys Berejiklian was forced to resign when the corruption watchdog ICAC confirmed it was investigating her over her secret five year relationship with former MP Daryl Maguire.