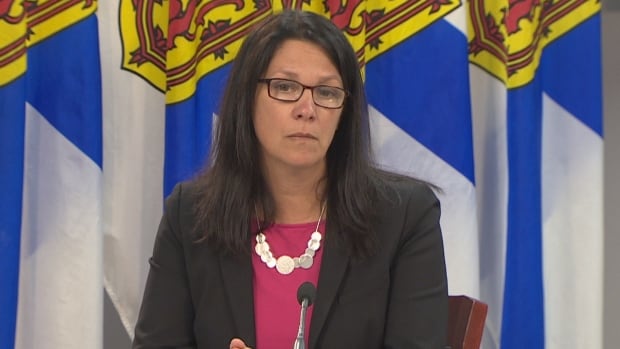 In an interview this week, Health Minister Michelle Thompson said a new pilot program will soon roll out to place physician assistants in the emergency departments at South Shore Regional Hospital in Bridgewater and Dartmouth General Hospital.

“We know that that’s one of the areas that has, you know, a significant crunch for services,” she said. “So I think it’s worthy of exploring wherever we can.”

Thompson said the plan is to see how that goes and then look at expanding to other hospitals.

“It’s really around exploring those scopes of practice and seeing where we can use those skill sets to the best and highest use to support access for Nova Scotians.”

Looking at how to adopt the role

Although physician assistants were only recently employed in Nova Scotia when the former Liberal government launched a three-year pilot program in the hip and knee orthopedic program, the role has been widely used for years in Ontario, Manitoba, the United States and Canadian military.

The job is similar to a medical resident and can take on basic assessments and straightforward cases under the supervision of a physician. The intent is to free up the doctor to focus on more urgent cases.

Thompson referred questions about the number of people who will be hired and when to Nova Scotia Health. Officials with the health authority declined to provide those details on Wednesday.

Although there have been calls for years to expand the use of the role here, Thompson said an ongoing challenge is that the position is not regulated in Nova Scotia and so that matter must be settled as the use of physician assistants expands.

“They do wonderful work in other parts of the country and we have to look at that and adopt it as quickly as possible if it’s an avenue where we’re going to go down long term.”

The government is also finalizing details with an Ontario-based training organization to help get internationally trained medical lab technologists, or MLTs, certified to work in Nova Scotia.

Advanced Education Minister Brian Wong said in an interview that his government has reached an agreement with the Michener Institute of Education to offer a bridge program for internationally trained MLTs who are already in Nova Scotia or who are working outside the country but want to move here.

Wong said there are 72 MLT vacancies in the province and the three-year program offered by Nova Scotia Community College is at its capacity of 40 people right now.

“There is a shortage right across Canada, so we are very fortunate to partner with Michener in this really progressive model in order to get MLTs out there faster,” he said.

“What we really need is a big one-shot cohort of MLTs to come through.”

Wong described the bridge program as a short-term solution, but noted it is the fastest way to get people trained and into the system. Once their training is complete, participants will be able to work as MLT assistants while completing their licence requirements.

The minister said financial arrangements for the program are still being finalized, but it will include a two-year return-of-service requirement. The plan is for the program to launch in January.