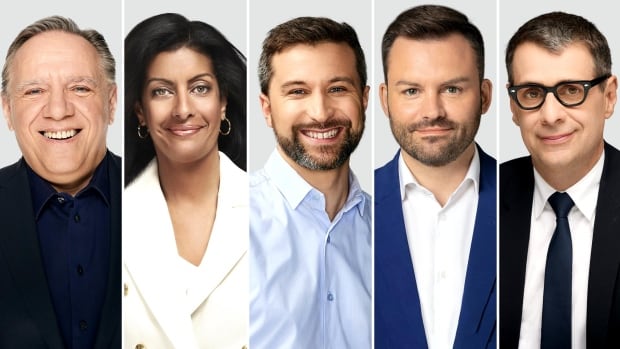 Not sure who to vote for in the Quebec election? Here are some tools to help you decide


On Monday, just over five weeks of election campaigning will culminate in Quebecers heading to the polls for the province’s 43rd general election.

The problem? You still don’t know who to vote for.

To help you make a decision, we’ve rounded up some of our election coverage that highlights the differences in the parties and where they stand on issues that matter most to you.

Haven’t kept up at all? There’s an app for that

You have a couple of days left to learn more about the five major parties vying for your vote, but if all you have is about 15 minutes, try out CBC’s Quebec Vote Compass.

Through a short quiz, the Vote Compass tool, developed by political scientists, will give you a sense of which parties you align with the most on a variety of issues.

It’s a starting point to learn about your personal fit in the political landscape, and it gives you tonnes of information in addition to those initial results.

Have questions about how the tool works? Read more about it here.

Kept up but still confused on where the parties stand? We’ve got you

There are many factors to consider when deciding which party to support, but policies and promises can get lost amid all the back-and-forth on the campaign trail.

That’s why we’ve compiled a shorthand look at where the five main parties stand on this election’s most pressing issues on CBC’s Platform Tracker.

Divided into sections including cost of living, health care, language and housing, the tracker provides a quick synopsis of what each party is promising to do on all these fronts.

Do you have a particular issue in mind that you intend to stake your vote on? These stories break down where the major parties stand on key planks:

If you don’t see the topic you’re looking for in this list, you can head back to the platform tracker or find other election stories published by our newsroom during the campaign on this web page.

What are your options?

Two new parties that made their political debuts and are vying for anglophone, minority and Montreal votes are the Bloc Montréal (BM) and Canadian Party of Quebec (CaPQ).

It’s important to remember that when you cast your ballot, you won’t be voting for who you want to become premier, you’ll be voting for the candidate in your riding who is running for the party of your choice. That’s why knowing where the parties stand is important.

However, if you want to learn more about the individual leaders, most have been interviewed by CBC’s Debra Arbec and Sean Henry.

(Note that CAQ Leader François Legault and PQ Leader Paul St-Pierre Plamondon did not agree to be interviewed by CBC News during the campaign.)

Here are the interviews: