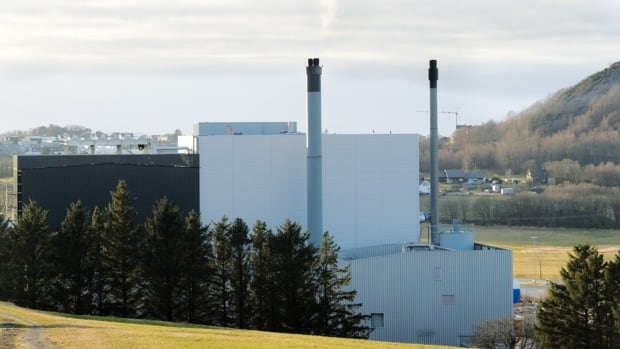 
A Norwegian clean energy development company is betting big on Alberta as the place to combine its waste-to-energy technology with a method of capturing carbon and storing it underground.

Varme Energy, which was incorporated in Edmonton this summer, wants to set up facilities in Alberta that use Aitos gasification technology, a two-step combustion process owned by its parent company that’s been used in waste-to-energy facilities in Norway for more than a decade.

Through this process, waste that was headed for landfill instead is converted into steam that can be used for district heating, industrial processes or put through a turbine to generate power.

“You’re literally diverting the [garbage] trucks, instead of going and dumping at the landfill, they come and dump into a facility like ours,” said Sean Collins, CEO of Varme Energy, a subsidiary of Norway’s Green Transition Holding.

Varme hopes to make a profit while also making a dent in the growing piles of trash sent to municipal landfills, which are collectively responsible for about 23 per cent of the country’s methane emissions and can be costly and time-consuming to build.

Garbage is already turned into electricity in other parts of Canada. Brampton, Ont., is home to the Emerald Energy From Waste facility, and both Burnaby, B.C., and Courtice, Ont., have waste-to-energy facilities operated by the New Jersey-based Covanta. In Burnaby, the facility takes in about a quarter of Metro Vancouver’s trash.

Others, like Montreal-based Enerkem, use waste to generate biofuels or chemicals, rather than energy. That company has a facility in Edmonton and another planned in Varennes, Que.

But Collins says Varme’s facilities would be the first in Canada to both generate energy from waste, and to capture the excess carbon and store it underground, a process that’s been piloted in Norway, but has not yet been tested in Canada.

The company decided to set up shop in Alberta in part because of the province’s geology, which is some of the best in the world for storing carbon. It’s a marked contrast from Norway, where carbon must be transported to the coast and piped underneath the sea bed, according to Andreas Karlsen.

“I would call [Alberta] ground zero for carbon capture globally, and that’s why we would like to focus a lot of our capital in building our plants in Canada,” said Karlsen, who is head of energy from waste with Green Transition Holding, which owns Aitos gasification technology and a portfolio of other companies.

Varme has its initial sights set on facilities in Edmonton, the nearby industrial heartland and Innisfail, Alta.

Jean Barclay, mayor of Innisfail, has signed a letter of intent with Varme in support of the company’s work, though she said other municipalities would need to sign on to contribute waste to make the project work.

“We’ll see where it goes, but I’m quite excited about seeing what comes of it,” she said.

Meanwhile, another group in southern Alberta has been slowly picking away at the process of building a waste-to-energy plant since 2009.

Tom Grant is the mayor of Vulcan, a town about 130 kilometres south of Calgary, and chair of the Southern Alberta Energy from Waste Association. He said landfilling has always been the default in Alberta and in many parts of Canada because “we’ve got so much land, and land is cheap and we can bury it, hide it.”

“But sooner or later, it’s going to come back to haunt us,” he said, noting that some municipalities have had to dig up their landfills after waste has leached into the groundwater.

In the last decade, Grant’s group, which includes about 50 municipalities, has spent about $1.5 million dollars on engineering studies and assessments, one of which involved digging through trash to get a better idea of what’s piling up in the landfills. Now they’ve selected a location for the project, and are narrowing down which company will build and operate it.

“We want to do it right and that’s why it’s taken so long.”

While Varme is not in the running (the company says it wasn’t operational by the time the RFP process closed), Grant said he’s glad to see more companies get into the field — as long as they can deliver what they promise.

“In the past we have seen where companies come along and they promise you something and they sign you up and then they can’t fulfil the promise, and then it makes it bad for everybody else that comes along that are legit.”

The level of support for the waste-to-energy industry can vary within the country.

Invest Alberta, a Crown corporation that helps attract international investors to the province, gives the sector a vote of confidence.

“There is significant potential to grow Canada’s waste-to-energy market with innovations and partnerships that are starting right here in Alberta.”

For its part, Alberta’s Ministry of Environment and Parks says it supports the process of turning waste into energy, though only in situations where materials have high heat value and there are no viable recycling options available.

The federal government has a more measured opinion of waste-to-energy technologies.

In a statement to CBC, a spokesperson for Environment and Climate Change Canada said while waste management decisions are generally made at a local or provincial level, the federal priority is first to reduce waste, then to recover value after the fact, to reduce the need for final disposal.

“While waste-to-energy plays a role in plastic waste management, these processes are lower on the waste hierarchy,” said the statement, which noted the government has commissioned a study of waste-to-energy technology that’s expected to wrap up next March.

For now, Collins said Varme’s priority is to seek long-term waste commitments for its facilities, which aim to process between 100,000 to 200,000 tons of waste per year. He also noted the company sees itself as a complement to composting and recycling, such as an option for products that are contaminated, rather than as a competition.

As for Grant, the mayor of Vulcan, he continues to push ahead with his long-time goal to build a waste-to-energy facility in southern Alberta. He hopes that once the first has been built, it will be easier for the second and third to get off the ground.

“My lofty goal would be to see no landfilling done in the province of Alberta,” he said.