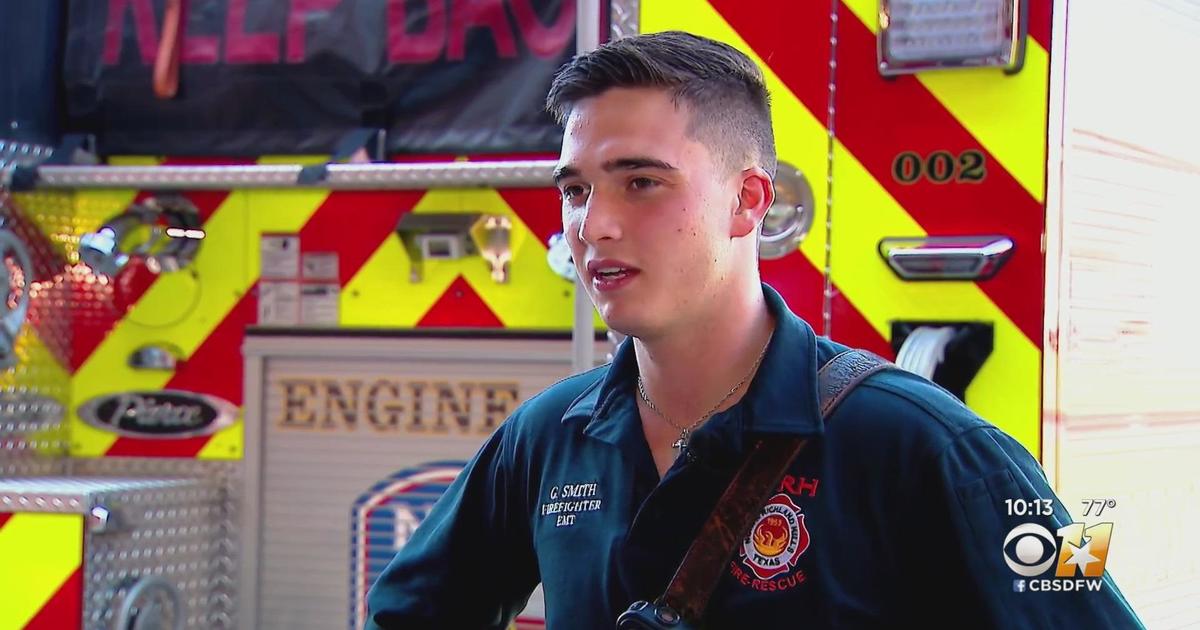 “I’m pretty proud of myself,” Smith said. “I think it’s been a long journey, so I’ve worked really hard and I’m excited about where I am and excited to see where it takes me.”

Smith graduated from Birdville High School in May, only to take a swing at a fresh life chapter, a new job with the North Richland Hills Fire Department.

“We were just missing out because we were just hiring fire and paramedics, and this is our first year to drop to fire EMT basic and Grayson is our first one,” Birdville ISD Fire Academy Coordinator Cole Wilson said. “He was one of those students we were like, we gotta pick this kid up.”

“Having Someone to be able to show their peers that right out of high school, because he just graduated in May… to be able to step in to be on a truck is pretty phenomenal,” Birdville Center of Technology and Advanced Learning Principal Mark McCanlies said.

Smith said he knew this was something he wanted to do.

“As soon as I figured out that Birdville had the program, I jumped on it and it was one of the things I always wanted to do,” Smith said.

Monday through Friday they were in the classroom and on weekends, it was all hands on training.

Smith said he learned something new everyday which kept him coming back for more. Also, his family kept him motivated to succeed.

“My father… is assistant fire chief at DFW Airport so I’m kind of following in his footsteps,” Smith said.

After pulling more than his fair share, he’s now encouraging his peers to try their hands at something new.

“Try it,” Smith said. “Get into it because even if it ends up being not something that you love, like fire EMS, you can learn so much through it.”

Smith said he wants to progress through the ranks to maybe a driver and then captain but right now he’s focused on getting his paramedic license.

Alexis Wainwright is an Emmy Award-winning journalist. Before moving to the Lone Star State, she was a reporter and performed some anchor duties at KARK-TV in Little Rock, Arkansas.