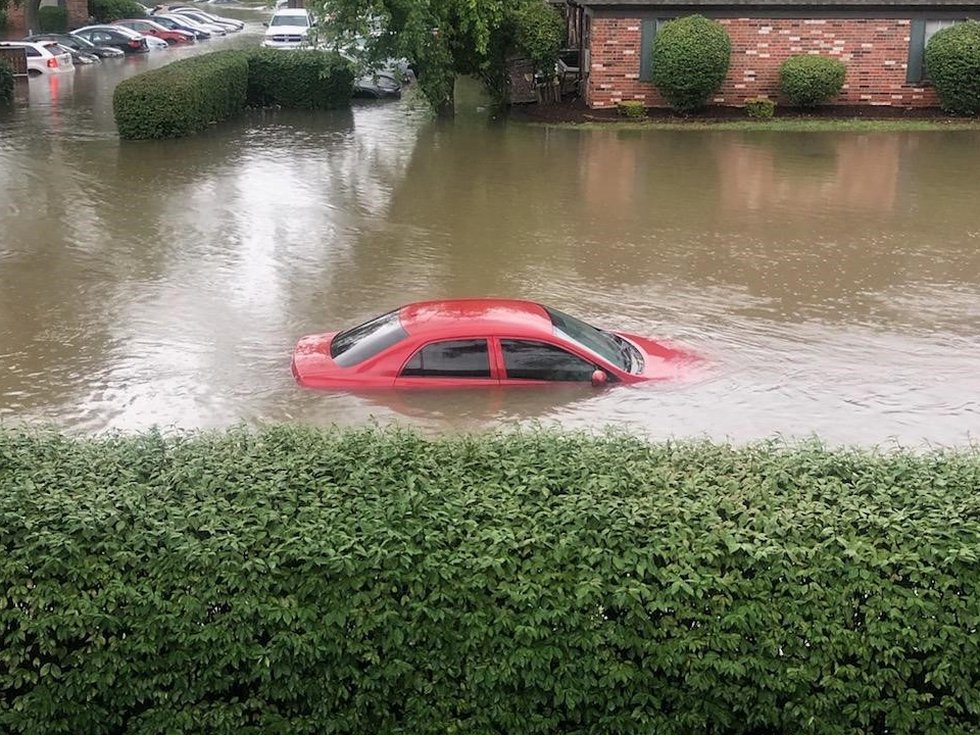 North County flood victims say they are fending for themselves, demand help


HAZELWOOD, Mo. (KMOV) – North County residents are demanding relief be sent their way. Tenants at Reserve at Winding Creek Apartments told News 4 they barely made it out alive.

The Williams family says no one has come by to help.

“See what these people are going through. Go through these apartments. Don’t stand on the outside actually walk through them, says Sharonda Williams.

The flood waters reached the second-story steps and families tell News 4 they are being forced to pay for the damage themselves. According to residents, management has ordered tenants to move out by Friday.

“People don’t get money like that and they screwed out of a home,” says Combs.

“Our insurance does not cover the flood. We lost everything, resident, Shanise Williams says.

“When you’re in a position that you can’t protect yourself or the people you love it’s a feeling of hopelessness that I don’t want to go through again, resident, Dwight Robinson says.

Robinson is 69 years old and was washed out of his first-floor apartment at the Hazelwood Complex. He says it was a miracle that he was able to rescue his girlfriend too. Both are still waiting for the apartment complex to reach out.

“Not a word from anyone”, he says.

Up the road in Ferguson, business owners are praying for some much-needed relief.

“I’m hoping that everybody is going to receive some type of assistance or some type of help. We just had the privilege of finding out today our insurance does not cover flood damage, says Co-Owner of Drake’s Place, Bridgett Lewis.

The Food channel favorite restaurant was recently renovated in 2020 and record rainfall on South Florissant has turned it into a pool of devastation.

“It happened in less than 5 minutes but it’s going to take who knows how long to get back on our feet,” Lewis says.

The city’s mayor called on the government to step in and declared a state of emergency.

“We’re waiting for the governor and the president to put everything together for FEMA to come in and help our businesses and our residents, says Ferguson Mayor, Ella Jones.

Congresswoman Cori Bush tells News 4 she plans to begin collecting donations at her office to distribute to North County residents. The Reserve at Winding Creek Apartments will be assessed by management and adjusters by the end of the week.