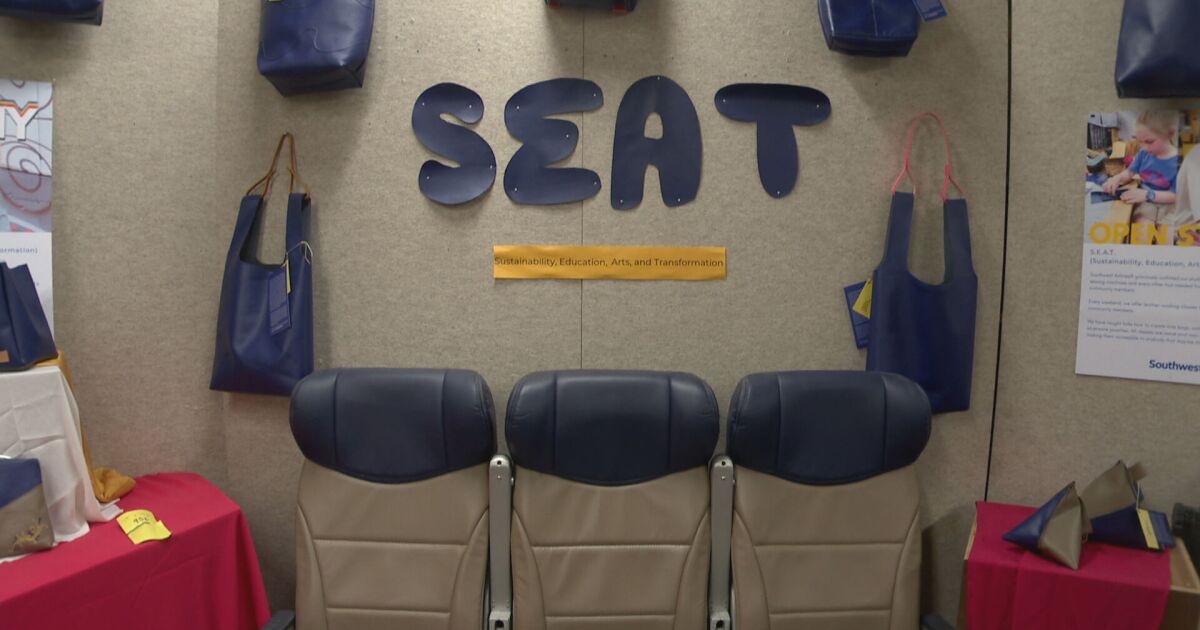 Non-profit teams up with Southwest to recycle plane seats


NASHVILLE, Tenn. (WTVF) — A partnership with Southwest Airlines and Turnip Green Creative Reuse began last year with the goal of keeping trash out of landfills and already thousands of pounds of leather seats have been re-purposed.

Leah Sherry the Executive Director of Turnip Green says partnering up with the airline felt like a natural fit since they’ve been in the business of re-purposing materials for 11 years.

“So there are a lot of thrift stores and recycling centers that people can take a bunch of stuff to, but there’s also a lot of stuff that doesn’t have a home, and you know like a lot of teachers, creative people you know someone out there could use this but where does it go, that’s Turnip Green,” Sherry said.

“We’ve distributed over a thousand art kits since March of last year and it just has everything students need to make a mobile,” Schlabach said.

The purpose of the partnership is to protect the environment and give items a second life.

“This is more than a seat this is an opportunity for environmentalism, for the arts, for job creation, for community building, so I love seeing where it is and I can’t wait to see where it goes,” Sherry said.

They say the hope is that the project inspires others to upcycle too.

“When you look at the sheer amount of stuff that ends up in the landfill and you consider how many ways those items could have been reused this program really personifies that and gives an example for other organizations and other individuals,” Schlabach said.