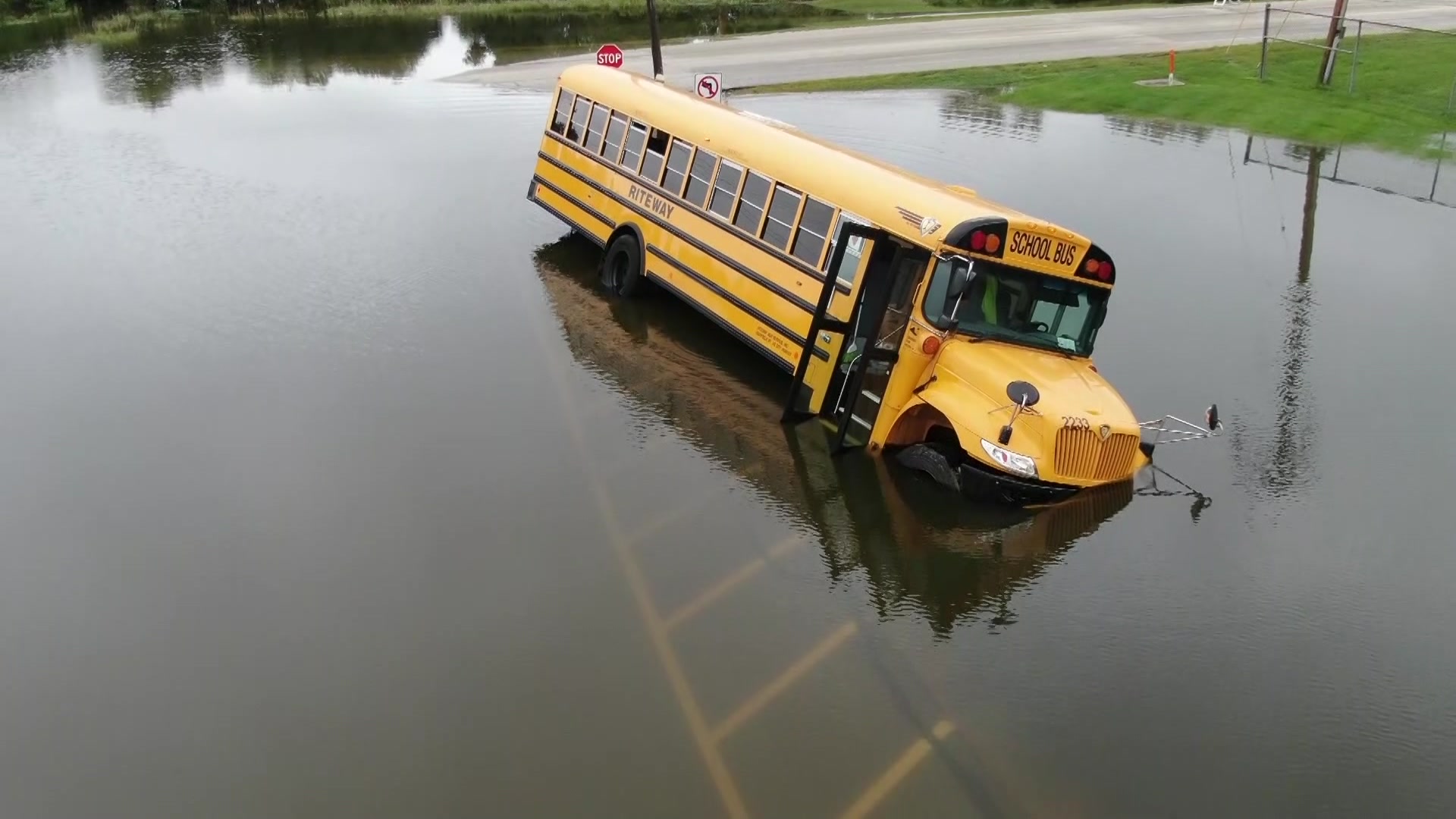 
ELM GROVE, Wis. (CBS 58) — It was a soggy start to the school week for some middle school students in the Elmbrook School District after a Riteway school bus carrying approximately 20 students got stuck in a ditch filled with floodwater near the Pilgrim Park Middle School.

Mark Westen has lived near the school’s location for 31 years. He says the section of Pilgrim Parkway that flooded, covering one of the school’s entrances with water, floods often.

“It’s a low spot there,” Westen said. “In years past, I’ve seen much more water than we have here. The cars, the water was so deep that the cars literally had water up to their windows and were abandoned in the low spot there.”

The bus was stuck in the high water, still running, for the majority of the day on Monday. A truck with Ray’s Towing showed up just before 4 p.m. and removed it.

Elm Grove police posted to Facebook that the department is working closely with the Elmbrook School District to set up an alternate school drop-off site for the school buses for Tuesday if the water level is still not safe.

CBS 58 reached out to GO Riteway, the owners of the bus, for more information on the driver of the bus and the training drivers receive when approaching standing water. The company has not returned that request for comment.

Canada can build an electric vehicle industry worth $48B a year — but it must act now: report