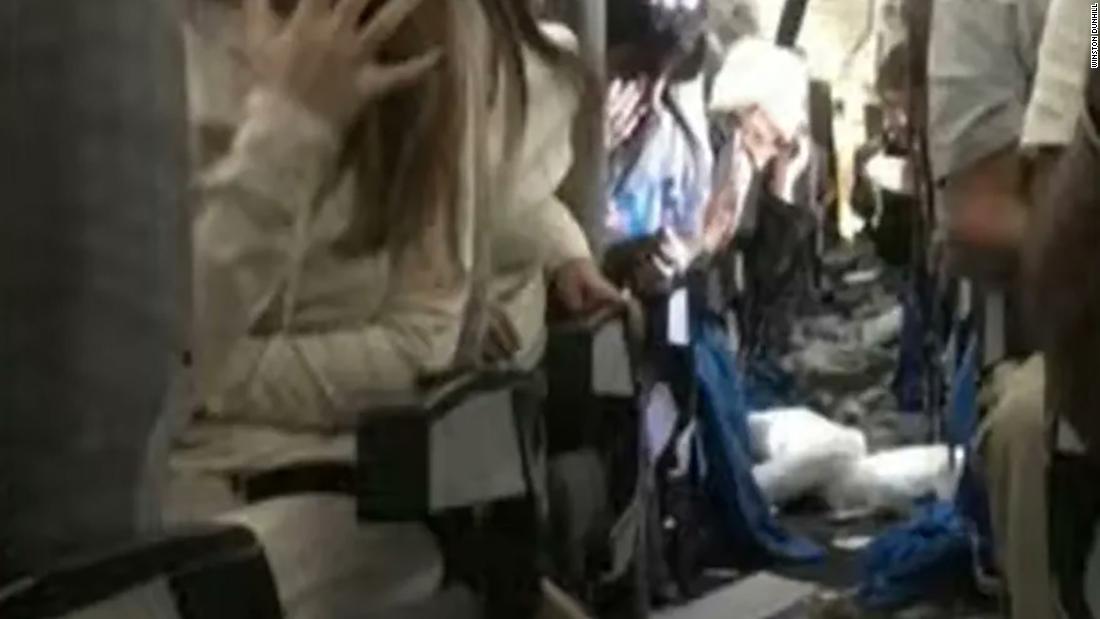 
(CNN) — A “nightmare” transatlantic flight hit such violent turbulence that it left at least 12 people injured with passengers recounting how they were smashed into the plane’s ceiling and thrown to the floor.

Aerolíneas Argentinas flight R1133, an Airbus A330-200 twin-jet engined plane, which took off around 8 p.m. on October 18 from Madrid, got into trouble mid flight en route to Buenos Aires’ Ezeiza airport.

According to accounts posted on Twitter, passengers were caught off guard as the aircraft lurched up and down, sending people and objects crashing around the plane’s interior.

Passengers said damage to the plane’s interior was caused by heads hitting into the ceiling.

“Well there was some turbulence during which we were not told to put the security belt and everyone just went flying,” one passenger, posting on Twitter as adrianceitor, wrote.

“Even the stewardesses were on the ground.”

He described people’s heads smashing into the plane’s surfaces. “The last seven hours of the flight were a f*** nightmare,” he added.

One image posted on Twitter shows passengers clutching their heads in apparent distress in the aftermath of the turbulence with debris strewn around the cabin floor. Another showed a what looked like a tangle of oxygen mask tubes dangling from the ceiling.

A woman with apparent injuries to her nose caused by the incident.

In one photo a woman can be seen with bandages around what looked to be injuries to her nose.

In a statement, Aerolineas Argentinas said three people needed to be placed under “careful observation” after the aircraft landed in Buenos Aires, while nine others were treated for “light injuries.”

“According to the information given by the crew, the safety belt lights were on and the corresponding announcement was made,” the statement said. “The passengers that were more injured, and those that had to be transferred, were not wearing the safety belt at the moment of the turbulence.”

The airline said the “event” occurred over the Atlantic Ocean as the A330 carrying 271 passengers and 13 crew were approaching South America. “An evaluation to the aircraft did not show significant damage to its structure,” it added.