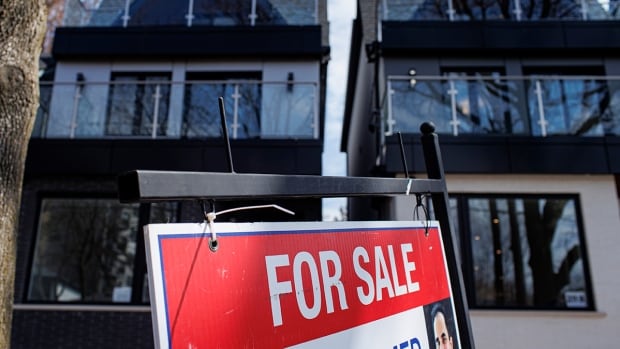 
The federal government outlined its plans to tackle sky-high housing costs in Thursday’s budget — including a temporary ban on foreign buyers, a crackdown on speculators, a pledge to double the pace of new home construction and a new tax-sheltered way for Canadians to save up to buy a home.

The government is moving ahead with something it floated on the campaign trail last year: a Tax-Free First Home Savings Account. The budget offered some rudimentary details.

Starting next year, Canadians will be entitled to contribute up to $8,000 per year to the accounts, which allow them to save and invest funds to buy a home in the most tax-advantageous way. Currently, Canadians can use anything from a savings account to an RRSP or TFSA to save for their first home — but all come with a certain amount of tax restrictions.

RRSPs provide a tax rebate when people contribute, but any money withdrawn under the existing Home Buyer’s plan must be replenished later without the tax break. Conversely, Canadians who use their TFSAs to save for a home can grow those funds in a tax-sheltered way, but they don’t get the tax break when they make the investment.

The new program adopts the most appealing parts of those two programs by giving savers a tax rebate for contributing and also allowing those savings to grow without being taxed on the gain. It’s “tax-free in, tax-free out,” as the budget puts it.

The program has a maximum lifetime contribution limit of $40,000, and the government estimates the Tax-Free First Home Savings Account program will cost it about $725 million in tax revenue.

“We will make it easier for our young people to get those first keys of their own,” she said of the government’s various housing initiatives, which she described as “perhaps the most ambitious plan that Canada has ever had.”

WATCH | Buyers say they hope the budget will have help for them:

The new account may be great news for savers, but it won’t do much to improve affordability for those who don’t have the money to spare.

“I think it’s going to be huge,” said Jamie Golombek, head of the tax and estate planning team at CIBC. “But if you don’t have the money, this plan does nothing for you.”

Paul Kershaw, an associate professor at the University of British Columbia and head of the think-tank Generation Squeezed, says the program risks driving home prices up even higher by making it easier for those who can already save to buy in.

“The more that we facilitate that acceleration of accumulating the next down payment, the more we’re likely to be bidding up home prices,” he said in an interview. “While the budget is acknowledging there’s a crisis, it’s failing to recognize that our country is really addicted now to high and rising home values.”

The budget once again targets some old housing boogeymen that have been blamed for high prices before: flippers, speculators, blind bidding and foreign buyers.

The government is proposing a two-year ban on purchases of residential real estate by people and companies who aren’t citizens or permanent residents.

Refugees, some international students and people with work permits would be exempt from the policy. Notably, the ban wouldn’t include recreational property, such as cottages, cabins and other vacation homes.

It’s a populist policy sure to resonate with many, but previous versions of such plans have not had much of an impact. A Statistics Canada report found that less than five per cent of homes in Toronto and Vancouver were owned by non-residents.

John Pasalis, founder and president of Toronto-based real estate firm Realosophy says the move may not do much, but it is still a step in the right direction toward ensuring that people buying homes are mostly doing so to live in them, not simply as financial investments.

The budget also includes a pledge that anyone buying and selling a property within a year “would be considered to be flipping properties and would be subject to full taxation on their profits.” Government officials say that’s mostly a matter of enforcing existing tax rules.

The government also vowed to bring forward a Home Buyer’s Bill of Rights that would include, among other initiatives, an end to blind bidding — the practice in many Canadian jurisdictions that compels would-be home buyers to make their offers without knowing what others are bidding.

Ahead of the federal budget, people in Toronto and Vancouver spoke with CBC News about Canada’s housing crisis. 1:45

That’s an idea that even realtors are coming around to; the Canadian Real Estate Association announced prior to the budget that they plan to implement a pilot program this year to display real-time tracking of offers on home listings.

“This opportunity is well-timed and well-suited for our market,” said Jeff King, CEO of the Real Estate Board of Greater Vancouver, in a media release this week.

Spending on supply side, too

All those initiatives take aim at the demand side of the equation. On the supply side, the budget laid out an ambitious plan to build a lot of housing, and fast.

Canada now builds about 200,000 new homes a year — a pace the government says is well short of what’s needed. So Ottawa has earmarked about $10 billion across various initiatives to get shovels into the ground.

There’s $4 billion over five years for a housing accelerator fund run by the CMHC that hopes to create up to 100,000 new units, and half a billion to expand co-operative housing.

There’s also $1.5 billion for new affordable housing units, on top of existing commitments, and almost $3 billion earmarked for repairs. Combined, those two commitments could create 10,000 new units, and fix up more than 17,000 units in need of repair.

There’s also a one-time payment of $500 for Canadians “facing housing affordability challenges,” although the government doesn’t define who that might apply to.

There’s also a tax rebate meant to encourage Canadians to renovate their homes, worth up to $7,500, to build a secondary suite for a senior or an adult with a disability.

The hope is to double the pace of home building to 400,000 new homes a year — enough to make a dent in the more than three million new homes that the government says forecasts will be required over the next decade.

That may sound great to those who’ve been banging the drum for years about a lack of supply, but Golombek suggested a new savings account with the words “tax free” in the name is likely to get more attention.

“There’s not a lot in this budget for the average taxpayer, but for someone who is thinking about buying their first home, the availability of this program certainly will be a way to jump-start those savings,” he said.