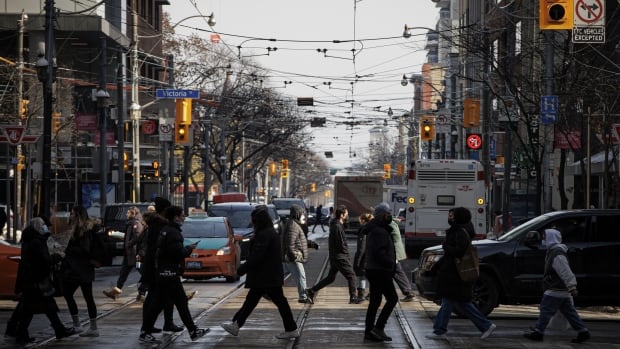 
This is an excerpt from Second Opinion, a weekly analysis of health and medical science news. If you haven’t subscribed yet, you can do that by clicking here.

Omicron has completely taken over the pandemic, driving massive waves of COVID-19 in Canada and around the world in the past year. Now, scientists are trying to answer a crucial question — what could it throw at us next?

COVID levels reached new heights this year as Omicron and its highly contagious subvariants fought for dominance in the population, leading to relentless spread of the virus across the country.

But as Omicron continues to mutate and produce new strains that have been shown to better evade immunity, with the potential to drive new COVID waves, scientists are warning that it may not be done with us yet.

“The challenge is, we don’t understand yet what this virus still has in store for us,” Michael Osterholm, an epidemiologist and director of the Center for Infectious Disease Research and Policy at the University of Minnesota, told CBC News.

“If you’ve got subvariants that can evade immune protection from previous infections and you’ve got waning immunity — that could set us up for a whole new set of circumstances.”

Global COVID levels have declined in recent weeks, with cases dropping 11 per cent and deaths declining by 18 per cent, according to the World Health Organization (WHO), but there are some troubling signs that rates of infection may soon pick up.

A recent spike in cases and hospitalizations in the U.K., and a recent rise of the virus in wastewater levels in Ontario and Saskatchewan have scientists bracing for potential fall and winter waves.

“There may be a giant wave from these variants, because they’re going to spread,” said Jeremy Kamil, a virologist and associate professor of microbiology and immunology at Louisiana State University.

“But the possibility that they’re going to cause hospitals to be overwhelmed is what I wanted to dial people back on because we’re not seeing any signs of that.”

Omicron has outlasted all other variants because of its ability to rapidly mutate and partially escape immunity, explaining why new subvariants have consistently emerged that have completely eclipsed other strains over the past year.

The BA.5 subvariant remains the current dominant circulating strain in Canada, making up more than 85 per cent of cases in the latest federal data, but there are concerning new Omicron subvariants that scientists are now watching closely for signs of wider spread.

Two new subvariants, BA.2.75.2 and BQ.1.1, evolved from previous BA.2 and BA.5 strains and have mutations that have been shown to allow them to better evade immunity from vaccination and prior infection.

A new preprint lab study from Sweden, which has not been peer reviewed, found the Omicron subvariant BA.2.75.2 had “profound antibody escape” against immunity from prior infection, suggesting it may “effectively evade” immunity from antibodies in the population.

BA.2.75.2 and BQ.1.1 were also found to be “the most antibody-evasive” strains tested, “far exceeding BA.5” in a new preprint lab study from China that has not been peer reviewed — which looked specifically at the protection from the Sinovac vaccine.

Despite the fact that these two new subvariants account for just a fraction of a per cent of recently sequenced cases globally, virologists are concerned they could potentially drive future COVID waves, especially given their concerning mutations.

Tom Peacock, a virologist at Imperial College London, said they could trigger future surges because they are structurally different enough from previous wave-causing strains and can also partially escape prior immunity from vaccination and infection.

“Several of these lineages are growing fairly rapidly — this includes BA.2.75.2 and BQ.1.1,” he told CBC News. “These combined properties suggest they may have the ability to cause the next wave of COVID either regionally or globally.”

If these new subvariants drive COVID levels up again in the future, the biggest unanswered question we face now is how will our immune protection from vaccination and prior infection hold up to what Omicron throws at us next?

“There’s clearly a horse race going on between these variants to replace each other,” Kamil said. “Whether that means that these variants are really going to drive a giant huge wave and spike in cases, we don’t know and it’s too early to say — but it does seem possible.”

‘Hybrid immunity’ will be tested

While vaccine effectiveness against severe outcomes has held up well, two-dose protection against Omicron infection fell dramatically compared to earlier variants — dropping to just 36 per cent in December and rising to 61 per cent with a booster, according to a new Ontario study published in JAMA.

That hit to our population immunity from vaccination against Omicron infection underscored the need for boosters earlier this year, and it left us highly susceptible to the Omicron subvariant-fuelled waves that have since ripped through the population.

“Canada had very limited population transmission of the virus for almost the first two years of the pandemic,” said Dr. Tim Evans, director of the School of Population and Global Health at McGill University and the executive director of the task force.

“Omicron changed all of that, and none of us really knew the extent to which it would change it.”

But that level of immunity in the population from vaccination and infection may have a silver lining as we head into the fall and winter — if it lasts.

A new Canadian study published in The Lancet that analyzed the protection from both vaccination and prior infection found that those with combined hybrid immunity fared better against future COVID infections.

The study found two doses of a COVID-19 vaccine plus recovery from an Omicron infection provided protection equivalent to three doses, and those with protection given from both vaccination and infection may be better protected against future reinfections.

Dr. Gaston De Serres, an epidemiologist at the Quebec National Institute of Public Health and study co-author, said that while vaccination offers significant protection against infection and hospitalization — the research shows hybrid immunity provides an edge.

“You do have some protection [with vaccination], but clearly having been infected adds a lot,” he said, noting infections can still be serious and should be avoided. “This concept of hybrid immunity being stronger and more efficient, I think, is quite well demonstrated here.”

But given that only about 40 per cent of Canadians over the age of 60 were found to have had COVID, according to the national immunity data, that still leaves a large subset of the population more vulnerable to infection in the future — especially with newer strains.

“Omicron hasn’t affected everybody equally,” said Evans. “We still have a significant minority of Canadians who haven’t been infected and they cluster in the older age groups, which is where risk for adverse consequences from [the virus] are greatest.”

Canada recently approved an updated bivalent COVID-19 vaccine that targets both the original virus and the original Omicron variant BA.1, but whether it will help prevent future waves is unclear.

“In terms of the duration of that protection and how it will apply to future variants — unfortunately we don’t have a clear answer to that,” said De Serres.

“We think that the bivalent vaccines will help reduce the risk of infections with the new viruses, but again, it’s not like it will be as effective as the vaccine was prior to the arrival of Omicron.”

The new dose doesn’t directly target dominant subvariants BA.4 and BA.5, which the U.S. approved an updated shot for this month. Pfizer and Moderna both submitted applications for Health Canada approval for their BA.4-BA.5 5 targeted vaccines earlier this month.

In the meantime, public health officials across the country are prioritizing additional boosters of bivalent vaccines for vulnerable groups, including older Canadians and the immunocompromised, in hopes they will provide better immune protection for the fall.

“It remains to be seen,” Evans said, with regard to how well population immunity will hold up. “I think the trend lines are going in the right direction, and that’s clearly a function of people having good protection either through vaccination or vaccination and infection.”

How long the protection against infection and severe illness lasts, even with updated bivalent vaccines and high levels of immunity in the population is unclear, but it will likely be put to the test this fall and winter.

“We don’t know what else is going to happen. We could go another few months like this and then all of a sudden see a big change,” said Osterholm. “The immunity we do have is surely going to provide some roadblock to that — but how good it is, we don’t know.”