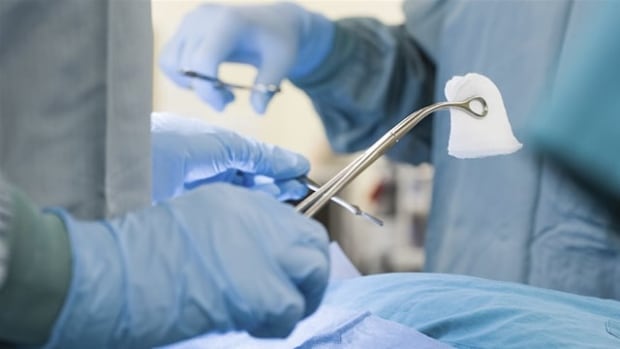 
The head of surgery for Nova Scotia Health’s central zone says new consequences for unprofessional behaviour should help prevent issues from escalating and confront conduct that’s plagued the cardiovascular surgery division for more than a decade.

An external workplace assessment is underway after complaints about the behaviour of some surgeons, the way learners and support staff are treated, and a lack of action by senior officials to enact change. Reviews in 2010 and 2016 identified the need for a code of conduct with teeth to address behaviour one of the reports described as having no place in modern medicine.

While that review work nears completion, Darling has received the final report from a task force she commissioned to look into workplace conduct and consequences for unprofessional behaviour.

Stopping problems at the beginning stages

That document will be instituted after it goes through the necessary processes with health leadership and legal advisers, she said. In the meantime, Darling said she thinks initial steps can be taken to prevent issues from escalating.

Darling said there have always been “some very drastic consequences” as necessary, but the question for her is: “How can we shut things down at the beginning stages?”

Darling said she accepts that some people are skeptical of the ongoing review because some things have not been fully addressed or changed following past efforts. But Darling, who is also the head of surgery at Dalhousie University, said the work underway is unparalleled within the cardiac surgery division.

“This has been more in-depth, more breadth, more people — with a different lens, if you will — than any review that’s been undertaken before,” she said.

“This is a very, very different review and we have been assured, and I am assured, that it will have teeth.”

A clinical review of the cardiovascular surgery division was added to the work after Darling said she raised her own concerns about patient outcomes with the health authority’s interim CEO. External reviewers were also hearing the same concerns, she said.

Darling, a thoracic surgeon who arrived from Ontario nine months ago, declined to discuss her concerns.

A recent publication by the Canadian Institute for Health Information (CIHI) showed the 30-day in-hospital mortality rate after isolated coronary artery bypass graft surgery at the Queen Elizabeth II Health Sciences Centre in Halifax for the last three years is higher than the national average by a “statistically significant” margin.

The clinical review is being conducted by Dr. Chris Feindel, a senior cardiac surgeon with the University Health Network in Toronto, and is expected to be complete, along with the rest of the review work, by the end of the month.

Oldfield told reporters Wednesday the report will be made public absent of any confidential and personnel matters.

Multiple people working in the cardiac surgery division at the QEII tell CBC News that concerns about the behaviour of some of their colleagues persist. A former department head who is suing the health authority has alleged in court documents that the workplace is toxic.

Darling said there’s “a multitude of reasons” for why issues identified in previous division reviews have not been fully addressed.

“Change, as you know, is hard. And so some things improved, but not enough, maybe. So we’re working on all those things. I mean, I think that’s partly why I was brought on as the head of the department, was to bring someone with fresh ideas,” she said.

“I’m not totally surprised everything isn’t perfect and that we still have some challenges, but I would say — as a blanket statement — it’s not like nothing has changed or nothing has improved. However, there’s still work, for sure.”