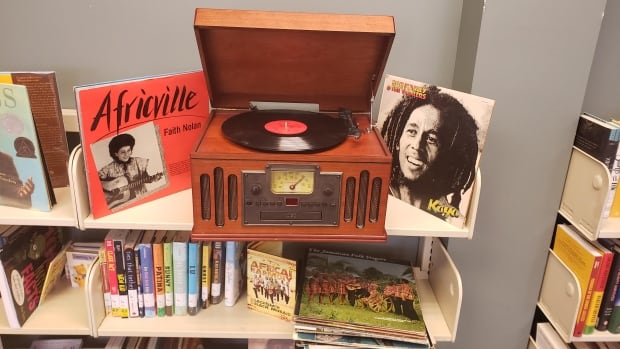 New Black Community Library in London, Ont., will include 600 books


A new Black Community Public Library is launching in London, Ont., at the end of January, featuring books of various genres written by Black authors from Canada and around the world.

The Where We Are Now (WEAN) Community Centre is hosting the library and aims to highlight the contributions of Black authors while creating a space for readers from marginalized communities.

WEAN’s founder and CEO Pastor Sandie Thomas said that growing up as a Black person, she always wondered why her community’s stories weren’t displayed in libraries.

“There’s no representation of who we are, and it’s always in the back of your head that ‘did we not do anything? Where are our stories?'” she said.

Thomas said she was inspired by the work Maya Angelou, the American poet she discovered in adulthood.

“It really inspired me to let me know that we have these spaces, and there are books written about us and stories that need to be told about us,” she added.

This is a collaboration project between WEAN, the London Public Library and Western University.

‘Need to live in our blackness’ all year

Thomas found that there’s less than three per cent of Black diaspora showcased in public libraries, which emphasized the necessity of a space like the Black library.

She acknowledges that although the public library does a lot of great work for Black History Month, one month is simply not enough.

“We need to live in our blackness 365 days a year” she said. “I can’t just be Black for Black history month, I’m Black all my life.”

Thomas wants to ensure that as more people immigrate to London from other parts of the world, they should be able to find work by authors from their countries of origin, so they can feel like they’re valued and that they belong.

The collaboration has been in the works for over a year now and WEAN has recommended about 100 titles by Black authors for London Public Library to purchase and display on their shelves.

“This is a real privilege for us, it was wonderful seeing the list of titles suggested to us and how they reflect Black stories and experiences,” said Anne O’Sullivan, manager of branch operations.

A community effort to create diversity

O’Sullivan says the library is really lucky to play a part in the community initiative. “We’re inspired seeing the power of stories through the eyes of WEAN’s volunteers.”

Thomas said that along with numerous book and monetary donations, WEAN has also received musical records from community members which allow visitors to enjoy some music while scanning for books.

“It’s community coming together for the greater good,” said Thomas. She added that alongside Black authors, the WEAN library will also showcase works of Indigenous and Asian authors.

“It’s working together, to change the narrative of what systemic racism has caused in our community, and now we’re closing the gap,” said Thomas.

The library will have its grand opening later in the year, with a virtual soft launch event happening on Jan. 31 which will feature speakers including Mayor Ed Holder and Toronto-based artist Robert Small.