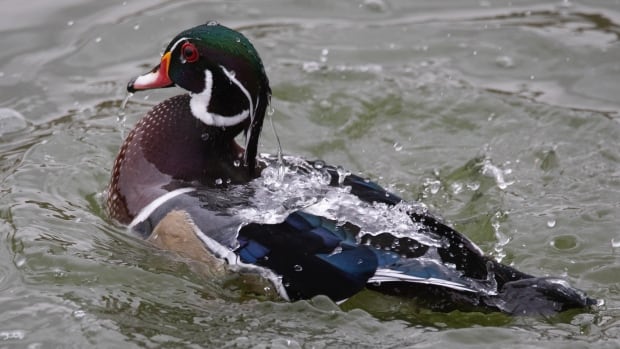 
British Columbia is home to some majestic beasts — cougars, grizzly bears, killer whales — but a couple of avid birders based on Vancouver Island say one of the province’s most attractive yet underrated creatures is the duck.

Connel Bradwell and Ryan Wilkes from Victoria, B.C., have teamed up to create the new short film Fancy Ducks that showcases four different breeds of ducks that can be spotted in the province that the duo have deemed, well, fancy.

Their criteria for fancy does not follow a scientific formula, but more of a superficial one: if the duck makes you do a double take because it is exceptionally eye-catching, then, according to the duo, it makes the cut.

“Fancy ducks are ducks that have a little bit of extra flair,” said Wilkes, speaking to CBC’s North by Northwest.

Wilkes is a wildlife filmmaker by trade and Bradwell is a wildlife conservationist. The film follows them both to a handful of locations in the Greater Victoria area as they set out to find the fanciest ducks they can.

Bradwell and Wilkes met at a wildlife filmmaking conference in 2021. The intent of their flick, they told CBC, is to show their audience how easy it is to spot beautiful birds in British Columbia.

In Oak Bay, viewers meet the harlequin duck — a small sea duck so named because of its colourful markings. They have a white crescent in front of their eyes and a white patch near their ear. Their feathers are mostly dark blue with reddish brown patches on the side; they have a dark brown belly; their heads are crowned with a black stripe and chestnut stripes on either side.

“They look like they are going to some kind of black-tie event, especially the males, it looks like they’re wearing a little tuxedo,” says Wilkes in the film.

The pair’s enthusiasm radiates through the film as they delight at their discoveries.

They also introduce the audience to the pintail duck, which they find swimming in the sea in Saanich. This breed also gets the fancy seal of approval for its appearance. The female pintail is brown with intricate patterns, and the males have blue beaks and long, impressive pointy tales.

Next up is the surf scoter, which is almost entirely velvety black with a colourful beak of white, red and yellow, with a black spot near the base. The bill on the surf scoter is likely to turn a few heads.

The final duck of the day is the wood duck, which the pair find in a Saanich forest where the breed likes to nest in trees. They have sharp claws that help them cling and climb so they can make their way to their penthouses, also known as old woodpecker holes.

Wood ducks are no slouches in the looks department. The females have a delicate white pattern around their eye and the males are green and chestnut coloured with patterns on almost every feather.

“Definitely the fanciest duck we have in B.C.,” says a delighted Bradwell in the film.