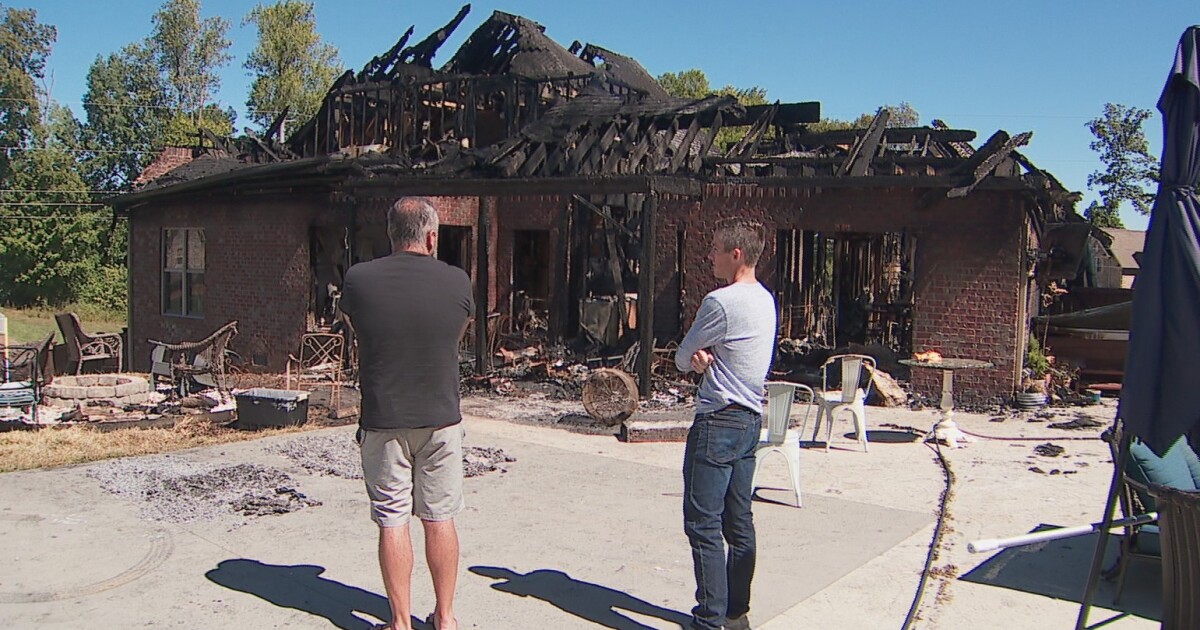 
WHITE HOUSE, Tenn. (WTVF) — When Bobby Robinson looks at the remnants of his home in White House, he doesn’t see what he’s lost; instead, he sees what he still has.

Saturday night while at a friend’s house, he got a call.

“My friend across the street said, ‘hey, we need to go; your house is on fire.’ And I thought, ‘obviously this is a joke,'” said Robinson. He immediately thought of his wife and two children still at home.

“There’s so many circumstances that had to happen just perfectly for my family to escape,” said Robinson.

On the other side of the fence, neighbor Derek Hales was up late when he noticed a light outside his window. It was the Robinson house on fire.

“I just never imagined fire would run through a house that fast,” said Hales, “and it shakes you to your core; it absolutely does.”

He ran over, banging on the door to get the family out. Robinson’s wife and daughter fell asleep in the living room while watching tv. His son chose to sleep in the nearby guest bedroom.

“There’s a chain of events that has to happen, and each one of them only has a certain probability,” said Robinson. “When you get to the end of it, I mean, it’s absolutely amazing that he was awake, that he saw it, that my family was sleeping on the bottom floor, that he saw it when he did.”

“It’s surreal what you went through, and just the trauma of what they experienced. And I have two little ones, and they’re still sleeping in my bed with me because I’m terrified if something like that happened,” said Hales. “They sleep upstairs. I’m not sure I could get to them that quickly because of how fast that fire ripped through the home.”

Now, all that’s left of his home is mostly ashes, but thanks to the help of a neighbor, Robinson says he has all that matters.

“Had Derek not seen what happened,” he said, “this would be a whole different story that we’d be talking about right now.”