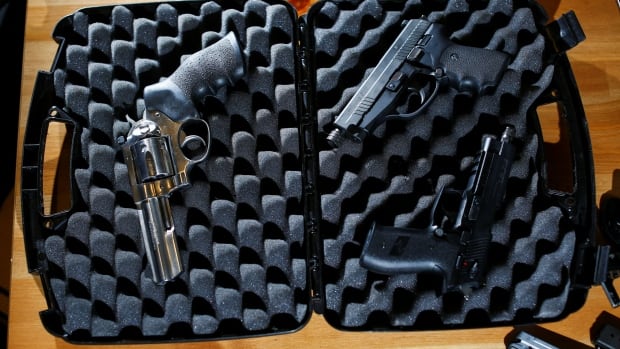 
The federal government’s promised national “freeze” on the sale, purchase and transfer of handguns takes effect Friday — part of Ottawa’s plan to limit access to firearms to tamp down on a spike in crime.

Under the regulations, people can still own and use their registered handguns and sell or transfer handguns to “exempted individuals or businesses.”

Requests to transfer a handgun submitted before today’s date will still be processed, the government said.

Authorized businesses can continue to import and sell handguns to other eligible businesses (like museums and the movie industry, among others), law enforcement, defence personnel and other exempted individuals.

According to the government, exempted individuals include anyone who already holds an authorization to carry handguns — which requires permission from the Canadian Firearms Program of the Royal Canadian Mounted Police — and people who train, compete or coach in a handgun shooting discipline that is a program of the International Olympic Committee or the International Paralympic Committee.

Everyone else won’t be able to legally buy a handgun after Friday.

Public Safety Minister Marco Mendicino touted the freeze in a social media post, saying the new rules will keep handguns “off our streets.”

According to national crime data, handguns were the firearms most present in firearm-related violent crimes between 2009 and 2020.

Firearms rights groups and the opposition Conservatives have been critical of the freeze, saying the move targets law-abiding citizens and businesses rather than illegal and smuggled guns.

The handgun freeze is part of a broader firearms-control package — the government’s Bill C-21, which is currently before Parliament. It would allow for the automatic removal of gun licences from people committing domestic violence or engaged in criminal harassment, such as stalking, as well as increase maximum penalties for gun smuggling and trafficking to 14 years from 10.