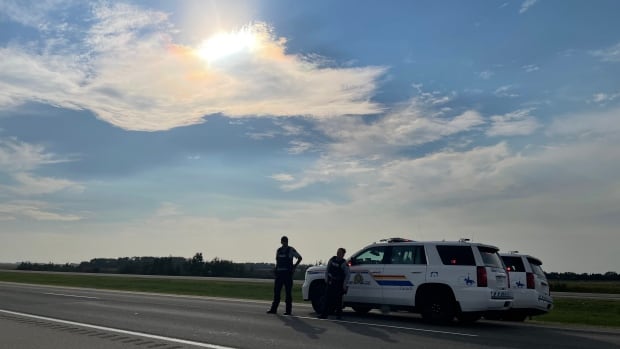 
A national board created jointly by the Parole Board of Canada and Correctional Service of Canada will investigate the circumstances around Myles Sanderson’s release from federal custody.

The two federal agencies said in a news release Thursday that they would investigate the mass killing suspect’s statutory release, community supervision and the related Parole Board of Canada decisions.

Sanderson was released from minimum security on statutory release in August 2021, according to parole documents. He had been serving a nearly five-year sentence in federal custody for assault, robbery, mischief and uttering threats.

By May, Crime Stoppers had issued an alert for Sanderson, stating he was “unlawfully at large.”

A little more than a year after his release, Sanderson would become one of two suspects in a mass stabbing in James Smith Cree Nation and Weldon, Sask., that sparked a widespread search for him and his brother. Ten people were killed, not including him and his brother Damien Sanderson, who also died. Myles died after being taken into police custody three days after the rampage began.

James Smith Cree Nation and Weldon are about 60 kilometres from Prince Albert and about 20 kilometres apart from each other.

The joint board of investigation will analyze the facts of Myles’s release, including whether laws, policies and protocols were followed, and make recommendations and corrective measures as it deems necessary.

The board is composed of six people, including two external community co-chairs and four members from the two federal organizations. Three of the members are Indigenous and all six have experience and expertise in the criminal justice system, the news release said.

Another Indigenous person will operate as an independent observer to ensure the investigation is “thorough and impartial.”

The board will share its findings and recommendations after the investigation is finished.

Rhonda Blackmore, commanding officer of the Saskatchewan RCMP, is scheduled to provide an update on the investigation into the mass stabbing on Thursday at 2 p.m. CST.

Weather news no one wanted to hear