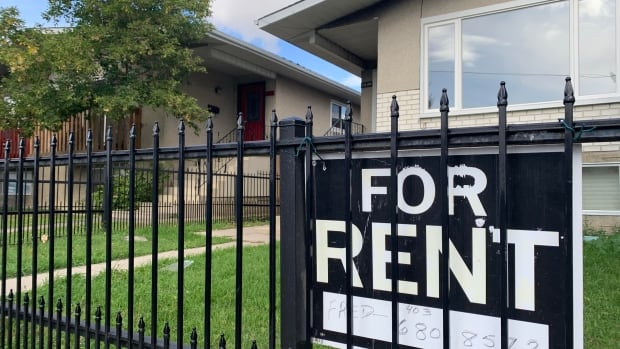 N.S. records 86 renovictions but advocates fear many others uncounted


Tenants are becoming increasingly worried about renovictions in many major Canadian cities, and tenant advocates warn it’s difficult to understand the true scope of the issue without proper tracking.

Since lifting a temporary ban on renovictions in March 2022, Nova Scotia has been tracking applications to its Residential Tenancies Program involving renoviction disputes between tenants and landlords.

A “renoviction” occurs when a landlord forces residents to leave a building so it can be renovated, then rented to new tenants for higher prices.

There are provisions in many provinces’ tenancy laws for necessary renovations, but some tenants have said those laws are being abused.

Between January 1 and October 16, Nova Scotia recorded 86 renoviction applications involving tenants who contest their landlord’s wish to end the lease.

But Amanda Salsman’s renoviction will never be counted among those numbers.

“That’s sad, because there’s probably more people out there like me,” she said. She has friends and relatives who are struggling with their own housing challenges.

“It can happen. It happened to me,” she said.

In January, Salsman and her husband received a letter from their landlord telling them to quit their duplex in Dartmouth, N.S., due to “substantial renovations.”

At the time Nova Scotia’s renoviction ban was still in place, but their landlord made it clear he would apply to Residential Tenancies to evict them after the ban was lifted.

“At first I panicked,” Salsman said. She feels fortunate that she learned of a rental flat owned by a relative that became available around the same time.

“I snatched it right up. I mean, he didn’t even have to repaint it from the previous owners. ‘I’ll do it myself,’ I said to him,” she said. Salsman and her husband accepted their landlord’s offer to waive a month of rent and moved out.

Their rent increased from $750 for their old three-bedroom duplex to $1,000 for their new two-bedroom flat, but she feels the price is reasonable given other places she saw on the market.

Salsman and her husband did consider contesting the renoviction notice, and her husband called Residential Tenancies to ask about their options. Tenants and landlords alike have criticized that process as unhelpful and lacking teeth.

“They said we could fight it,” she said. “But did we really want to fight it if we had a better place? So we just let it go.”

In Halifax, Zachary Crow’s renoviction will also go uncounted by the province.

He received a notice from his former landlord this past spring that his building was undergoing extensive renovations and the tenants had to leave.

“For a while I had no idea what I would do,” he said of the search for a new home.

He was able to find an apartment a friend was vacating. Crow used to split a large apartment with a roommate for $1350 a month. He now lives alone, shouldering the cost of an apartment at more than $1100 by himself.

Like Salsman, he feels he got “very lucky” in finding his new home. But although he did accept his former landlord’s offer of three months rent to leave, he moved out reluctantly.

29 cases waiting to be heard

“When the new process on renovictions started this spring, we wanted to reassure Nova Scotians that the process was in fact working,” said LeBlanc of his department’s move to start tracking renoviction disputes.

“There was lots of concern when the amendments were brought forward that there were going to be hundreds of people displaced because of renovictions.”

Leblanc said he recognizes that sometimes renovations are necessary for the safety and upkeep of properties. He said his department can only track disputes between landlords and tenants when an application is filed to the Residential Tenancies Program.

Leblanc said of the 86 applications, the adjudicator found in eight cases the tenancy should be ended. Of the other 78, 15 were dismissed, 23 were withdrawn, 11 reached a settlement, and 29 haven’t been heard yet. Those results can be appealed to small claims court.

“What we have seen is that the process is working,” Leblanc said. “What we’ve seen with some applications being withdrawn or resolved, it’s part of that education and awareness campaign, and that’s something we’ll continue to do.”

Prince Edward Island placed a moratorium on renovictions in November 2021, which is scheduled to last until November 1, 2023.

The P.E.I. body that oversees tenancies, the Regulatory and Appeals Commission, has so far this year received five applications for an order to evict due to renovations, all of which were denied due to the moratorium.

The rest of the applications weren’t processed as they were either withdrawn or submitted outside the time limit allowed for complaints.

Newfoundland and Labrador does not track tenant evictions.

Bahar Shadpour, the director of policy and communications at the Canadian Centre for Housing Rights in Toronto, says people who are renovicted tend to be moderate-to-low-income families who are being pushed to the margins.

“It seems much lower than what we would expect just from the anecdotal evidence that we’re seeing on the ground,” she said.

“A lot of renovictions and evictions do also happen informally. So what may be tracked at the provincial level may not provide that full comprehensive picture of what’s going on with tenants who are living in their homes and being pushed out.”

“A lot of these folks are being pushed to the peripheries of their cities, further away from where employment opportunities are, where their kids might be growing up,” she said.

“It’s quite disruptive and I think it’s really important that we capture the experience of evictions across Canada so that we can ensure that people have access not just to affordable housing, but housing that’s also secure.”

Shadpour says some jurisdictions which are seeing more reports of renovictions are attempting to respond, including major cities in Ontario and British Columbia. Her organization has been monitoring reports from Montreal, Nova Scotia, and New Brunswick that renovictions are becoming a “major issue.”

In the 2021 Canadian Housing Survey, Statistics Canada found that seven per cent of respondents reported being evicted at some point in their lives.

Of those, 10 per cent said the reason for the eviction was “demolition, conversion, or major repairs by the landlord.”

In August, Statistics Canada made a data request to New Brunswick’s Residential Tenancies Tribunal, which keeps details on formal evictions. It’s part of a pilot project to understand the effect of evictions on tenants’ quality of life.

“Given the shifting nature of evictions—which has anecdotally only been amplified during the COVID-19 pandemic—there is a growing need for centralized, standardized administrative data on evictions in order to better understand this issue and its impact,” StatCan wrote in its letter to the New Brunswick tribunal.

Statistics Canada is running the pilot in partnership with the Canada Mortgage and Housing Corporation and said it is looking to gather data from areas besides New Brunswick, but the agency hasn’t yet confirmed which other areas will participate.