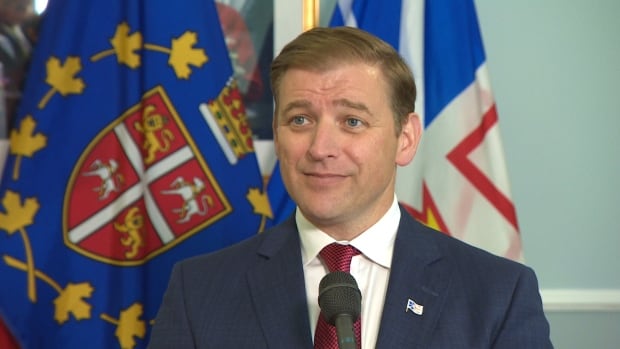 N.L.’s premier asked doctors to contact him directly about working in the province. They had a lot to say


Their names are redacted for privacy reasons. But their experiences trying to practise medicine in Newfoundland and Labrador are not.

There’s the St. John’s-born and -raised doctor, trained at Memorial University’s medical school before moving away, who outlined a list of hurdles to coming back — including lower pay, child-care concerns and a lack of effective recruitment strategies.

“I am often asked by others why I never returned to Newfoundland when I completed residency,” the doctor wrote in an email to Premier Andrew Furey on July 27.

“The answer is simple: I was never asked.”

There’s the doctor who wanted to provide the premier with an update on the status of rheumatology services.

“In a word, like everything health-care-related in this province presently, it is dire,” they wrote.

And there’s the general practitioner from Ukraine, forced to move out the country because of the war, now seeking to practise medicine in St. John’s.

“The people of Newfoundland need my help, and I really want to help,” the doctor wrote. “Please simplify the system. We will not let you down.”

In early July, at a cabinet shuffle announcing a new health minister, the premier fielded questions and issued an invitation.

“And if you have issues, reach out directly to me. That’s the type of priority that we’re placing on this.”

Many took him up on the offer.

CBC News obtained more than 200 pages of email correspondence between doctors and the premier’s office through an access-to-information request.

Furey said in an interview that there are job offers in the works as a result of that open call-out but not everyone who inquired would fit the criteria the province needs.

“I didn’t realize at the time it would echo around the world. And so we’ve been dealing with many people, but when you talk to them, many of the issues are individual and many are a result of the system,” Furey said.

“For example, if you’re married to a neurosurgeon and you’re a [general practioner], but you really want to come back here, how do we make all that fit?”

Over the past few months, the province has announced a suite of initiatives aimed at remedying issues plaguing the health-care system.

They include a temporary boost to compensation rates for covering ERs in rural health facilities and a pilot project aimed at attracting retired family physicians to come back on the job.

Five spots have been added to MUN’s family medicine residency program for Canadian graduates of international medical schools to complete their training and — hopefully — stay in the province when they’re done.

And last week, amendments to the Medical Act were tabled in the legislature. Officials say those changes are aimed at making it easier for out-of-province doctors to practise in Newfoundland and Labrador.

“We heard a lot about the licensing procedure, the process, the general red tape that had to occur to transfer people to and from the province,” Furey said.

“And I think that’s why, you know, we took that under advisement and really are doing something creative and extraordinary here by changing the Medical Act.”

The emailed responses to the premier can be generally grouped into three categories.

There were applications from international or internationally trained doctors seeking to relocate to Newfoundland and Labrador. Many of them expressed frustration with the process to get licensed to work in the province.

There were messages criticizing recruiters for a perceived lack of response.

And there were replies from doctors already working locally, with often bleak insights into the current state of the system.

An example? A family doctor in the province for the past 20 years who wrote that they recently met with recruiters from Prince Edward Island and Nova Scotia.

The doctor cited the increasing demands of family medicine, with complicated patients, and noted that emergency room wait times are a result of the shortage of family physicians.

“I am trying to stay here until my kids finish high school but not sure I can last,” they wrote.

“I never thought I would leave Newfoundland. Community medicine is grossly underfunded.”

Newfoundland and Labrador Medical Association president Dr. Kris Luscombe says he is saddened to hear comments like that.

“My wife’s a family physician who’s been struggling to stay in her practice and, you know, it’s a competitive market nationally. And I think one of the things that Newfoundland is playing catch-up with is that we haven’t had well-co-ordinated, well-structured recruitment activities.”

Criticisms of the recruitment process were threaded throughout emails sent to the premier.

“Sadly, I faced a recruitment process that was both disrespectful and devaluing,” one wrote.

And another: “Not once during medical school or early postgraduate training did anyone reach out to me about employment opportunities. Even now … my future is uncertain, despite making it well known to everyone I talk to that I would love to stay.”

The disillusionment was evident not just in those who want to come to the province but also among physicians already working here.

“I never once doubted where I wanted to be but the last couple years has made me regret my decision regularly,” one wrote.

“I agree there is a lot of work to be done in recruitment but there is also significant discontentment in those of [us] already in the midst of this. I have had many of my own experiences and have watched my colleagues killing themselves working in a low-resource and a low-respect workplace.”

In an interview with CBC News, Dr. Nicole Stockley says she hears from desperate people daily who need a doctor.

“And I think now that things seem to actually be burning down, we’ve realized that this is where we are, and it means that we’ve been burning out for a very long time.”

‘Defeated and drained from the experience’

And while messages flooded into the premier’s inbox after his July invitation soliciting feedback, the issues aren’t new.

An email from October 2021 was included in the tranche of correspondence released to CBC News.

It was from a recent graduate of family medicine residency training who had ties to Newfoundland but no luck coming back to actually set up a practice.

“I am certain I’m not the only one left feeling defeated and drained from the experience,” they wrote.

“I can only hope the people in charge of our government are unaware of the flawed process or are trying to rectify it.”

They said they waited months for a recruiter to reply: “Correspondence was more than poor and it would take months to get a response by email and no one returned my calls.”

Furey said “it was terribly disappointing” to read of those experiences.

“We learned, in addition to the individual reach-out, that it’s important, the timing of the contract offers is really important,” he said.

Then there were issues with getting licensed in the province. That doctor wrote last year that colleagues who graduated with them were already practising in British Columbia without completing any additional exams or “jumping through the hoops” they encountered in Newfoundland and Labrador.

“It is exhausting, defeating and incredibly disappointing to still not be practising, after all the work you put in to get here, and just want to return home and serve the people of your province who are so very much in need.”

In a statement to CBC News, a spokesperson from the College of Physicians and Surgeons of Newfoundland and Labrador said it is reviewing all licensing processes in an attempt to streamline the process.

“While we appreciate the frustration of applicants, there are certain necessary steps that must be taken to meet our mandate,” the spokesperson said.