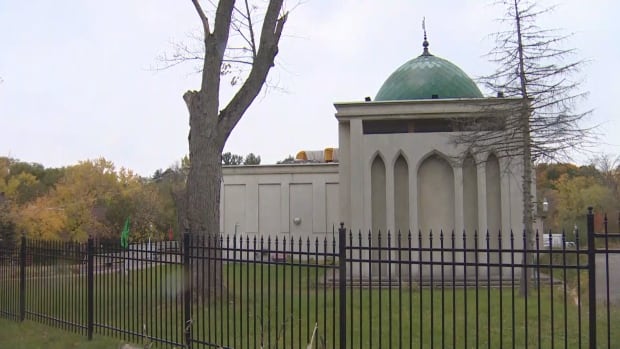 
Muslim leaders have condemned “violent and vile Islamophobia” toward the Imam Mahdi Islamic Centre in Thornhill, Ont., describing recent incidents as “a very serious matter” for the Muslim community in the Greater Toronto Area in particular, and Canada in general.

At a news conference on Thursday Nadia Hasan, chief operating officer of the National Council of Canadian Muslims (NCCM), outlined “a troubling series of events,” saying the Muslim community has been thrust into the spotlight for all the wrong reasons.

According to Hasan, the centre, located north of Toronto, has been “targeted” for some weeks now with “sustained Islamophobic actions, including threats, vandalism and harassment.” The attacks began around the time unrest erupted in Iran after a woman died on Sept. 13 while in the custody of the regime’s morality police. Mahsa Amini, 22, had been arrested for “unsuitable attire.”

She provided the following examples of the “violent and vile Islamophobia recently directed against the centre,” which was established by Iranian-Canadian Muslims in 2004.

“This has been devastating to witness,” Hasan said.

She added that the centre has a large and peaceful congregation that contributes to the social fabric of the Thornhill community, including a lot of children and elderly who are part of the membership.

“These disgusting threats and actions have no place in Canada,” Hassan said. “An entire community and religion shouldn’t be demonized in this way due to the actions of some people across the world.”

In a news release Thursday afternoon, York Regional Police (YRP) said investigators are seeking a suspect and witnesses after reports of “hate-motivated graffiti” found at the Imam Mahdi Islamic Centre.

Police said a male suspect went to the centre at approximately 11:45 p.m. on Oct. 13 and spray painted three areas of the mosque with “derogatory, anti-Iranian language,” written in Farsi, aimed towards the Iranian government.

Police gave the following description of the suspect:.

Police say investigators are seeking help from the community to identify the suspect and are asking any witnesses, anyone with information or video surveillance footage in that area, to come forward.

Meanwhile, Hassan said the attacks are not isolated incidents.

She said research done by the NCCM shows more than 1,000 hateful messages online in the past two weeks, all directed at Muslims in Canada.

“There have also been hateful rallies outside mosques in British Columbia, and Muslim students on campus are being harassed and threatened,” Hassan said.

The Muslim community in Canada has been victim to over 1,000 Islamophobic messages on Twitter alone in just these past few days. <br><br>These include death threats, threats of violence, and consistent harassment. <a href=”https://t.co/vqB6pUU9YZ”>pic.twitter.com/vqB6pUU9YZ</a>

Hassan said “this kind of Islamophobic backlash is completely unacceptable, regardless of what is happening in other parts of the world.”

“Islamophobic voices and forces have spent copious amounts of time falsely portraying the Mahdi Islamic Centre as a terrorist entity, an anti-woman organization or an agent of the government of Iran,” she said.

Nayereh Akbarzadeh, a member of the centre who spoke at the news conference, said it seems that some people  “have been just reacting to anger and hatred with even more anger and hatred,” adding that this is something that “needs attention.”

According to Akbarzadeh, behaviours similar to what has been happening at the mosque might be understandable for Iranian people who have been “living under corruption, sanctions and oppression.”

But she said, “here in Canada … we have the ability of just educating ourselves to be able to have peaceful dialogue and honestly teaching our children how real justice will look like.”

“This isn’t going to be happening if we do not educate ourselves and our children that we should be tolerant,” Akbarzadeh added.

Hasan said the NCCM has been working closely with law enforcement, including York Regional Police (YRP), to ensure that members of the Muslim community are safe and secure.

In their news release, YRP said they do not tolerate hate crime in any form.

“Those who victimize others based on race, national or ethnic origin, language, colour, religion, age, gender, gender identity, gender expression sexual orientation, or mental or physical disability will be prosecuted to the fullest extent of the law,” the YRP news release said.

“There’s people in the community that are greatly affected when they’re targeted, whether it’s vandalism, hate speech or any of those types of things,” Boudreau said.

It has a very wide impact on our community and it won’t be tolerated in our region.”