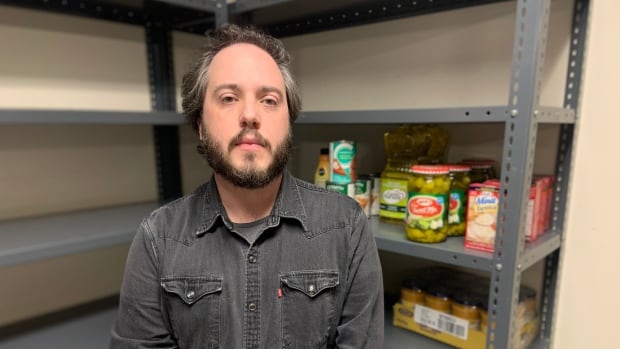 Matt Pike, the food bank’s volunteer co-ordinator, said the closure will last until at least Nov. 3 while volunteers restock.

“The demand over the past few months has just been more than we could have possibly predicted,” he said.

Pike said use of the campus food bank in August — about 150 clients — usually increases by 50 per cent in September as students head back to class, but this year it doubled. He said the food bank served about 300 clients in September and 360 in October before it was forced to close.

“We were on track to doing closer to 500 clients this October had we not had to shut down,” he said.

Pike said the campus food bank serves clients in the MUN community — mostly students, but also some staff and professors.

“The cost of living is tough for everybody; it’s not just students,” he said.

This year, food banks across the province have reported increased demand — and more difficulty obtaining supplies — as groceries get more expensive. The consumer price index rose 6.7 per cent from September 2021 to September of this year.

“When our donations haven’t grown but the cost of food has grown and the demand has grown, that means our hampers are getting smaller and the number of people we can really get a lot of food out to is getting smaller,” he said.

Pike said the food bank hopes to reopen Nov. 3, and he doesn’t know what people who rely on the food bank will do in the meantime.

Isabel Ojeda, executive director of campaigns for the MUN students’ union, said the closure of the food bank is “devastating.”

“I think it’s really, really reflective of the fact that students are struggling all around with the increasing cost of living,” she said.

“All in all, it’s becoming harder and harder for students to actually focus on their education because they have so many other barriers coming up to them,” she said.

MUNSU has been vocally opposed to the increase to undergraduate student tuition, and Ojeda criticized university administration and the provincial government for the tuition increases.

Mosaic Campus Church, a group that holds services at the Breezeway — MUN’s undergraduate student bar — is holding a “trick or eat” food drive on Halloween for the food bank.

“Basically, a bunch of college students are going trick-or-treating for non-perishables,” said Jenna Reid, a MUN communication studies student and part of the church lead team.

“From what I’ve encountered, students are working harder than they ever have before just to survive, honestly,” she said.

Reid also blamed the rising cost of living and criticized the tuition hike.

“If you know a student in your life and you can, like, have them over for a meal or even just, like, check in on them, I would highly recommend doing that,” she said. “A lot of students are having a rough go right now.”