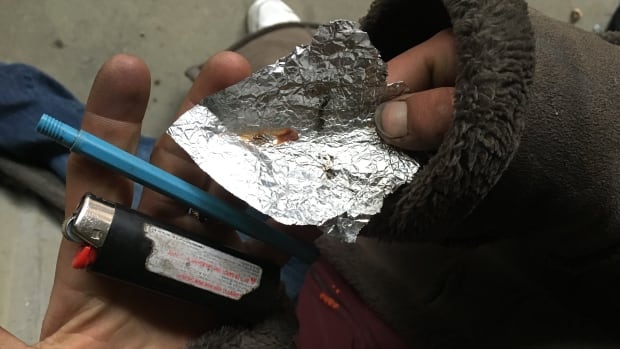 Most toxic drug deaths are now from smoking. Advocates ask when B.C. will adjust to that reality


Last year, up to three quarters of people killed by B.C.’s toxic drug supply in parts of the province had smoked — not injected — their fatal dose, according to figures from the coroners service.

But in some regions of B.C. that saw the highest rates of death by inhalation, drug users had no access to any supervised consumption or overdose prevention sites that allow smoking.

The 2021 figures from the B.C. Coroners Service show that the vast majority of illicit drug deaths in every Health Service Delivery Area in the province were caused by smoking, rising to highs of 74 per cent in the Northern Interior and 68 per cent in Kootenay Boundary.

Meanwhile, as of July, only 13 of 42 monitored consumption sites in B.C. allow smoking, and they’re mainly clustered on the South Coast and Vancouver Island. There are none east of Abbotsford or north of Campbell River.

The updated statistics on mode of consumption were obtained by drug policy advisor Karen Ward, who described them as “infuriating” in light of the lack of harm reduction services for people who inhale their drugs.

“It’s so predictably tragic and sad,” she said.

The life-saving effects of a safe, monitored place to do drugs are remarkable. According to numbers from the province, there were zero deaths at overdose prevention and supervised consumption sites between January 2017 and July 2022, despite 3.2 million visits in that time.

But those sites are still largely geared toward people using needles.

As Ward points out, the trend away from injection drug use has been obvious for years.

The latest public report from the coroner says smoking has been the most common mode of consumption in B.C.’s toxic drug deaths since 2017, steadily rising to reach 56 per cent provincewide in 2020. Just 19 per cent of deaths in 2020 were caused by injected drugs.

The northern city briefly had a supervised consumption site that allowed smoking last year, thanks to the Pounds Project Society.

Executive Director Jordan Stewart described it as “a little smoke shed that we could put outside our back door,” but said it was shut down because of bylaw issues related to smoking near air intakes and fire safety.

“It can be disheartening to do the work day in and day out and recognize that there are still these massive shortcomings, even though we’ve tried to the very best of our abilities to provide services that meet the needs of the people that we serve,” she said.

Stewart estimated that more than half of the overdoses that Pound Project staff respond to happen outside the building, and in most cases they involve people who smoked their drugs.

She said her organization has been invited to revisit the idea of a supervised smoking site in collaboration with local officials, but the problem is just too big to solve on a case-by-case basis like this.

“It’s such a huge need in the face of such an enormous problem that the solution can’t just be left to small organizations … that are nickel-and-diming their way through this crisis, trying to provide life-saving services,” she said.

“We can’t be expected to come up with a solution to this problem on our own.”

Minister of Mental Health and Addictions Sheila Malcolmson was not available for an interview on Tuesday, but she defended the province’s response in a written statement, saying the government “has rapidly scaled up overdose prevention and harm reduction measures.”

Her ministry told CBC that the regional health authorities are working to open more overdose prevention services that allow smoking, but there are challenges, including proper ventilation and exposure to second-hand smoke.

According to the ministry, the only sites that offered inhalation services as of July included:

These plants soak up nutrients from manure. They may make feedlot water clean enough to drink