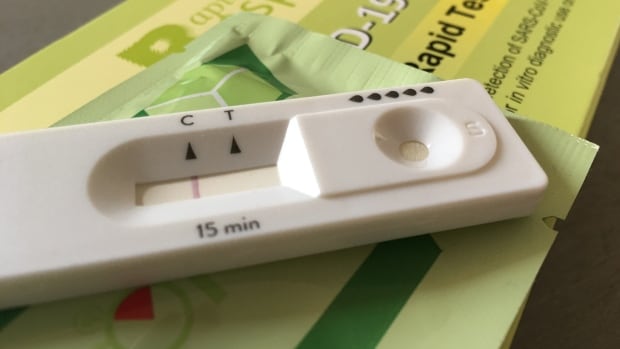 Most people N.B. quietly removed from its COVID death totals had the virus when they died


New Brunswick health officials retroactively removed 46 people from the province’s COVID death totals last week, even though records show 31 had the virus listed as a “cause of death” on their official death registration forms.

Moreover, they would still be counted as COVID-related fatalities in other jurisdictions.

The removals came after health officials in March significantly narrowed the definition of what qualifies as a COVID death in New Brunswick, as fatalities in the province rapidly climbed to alarming levels.

The change “was not announced publicly at the time,” according to Department of Health spokesperson Adam Bowie.

New Brunswick last week disclosed that its actual death toll from COVID-19 was higher than it had previously reported, following an epidemiological review that raised the pandemic death toll to 572. The review found 125 deaths between March 1, 2020, and May 31, 2022 should be added to the toll, while 46 previously reported COVID-related deaths should be removed.

The quiet change in definition of a COVID death concerns Gary Myles, whose wife Wendy of 55 years died in March two weeks after catching COVID-19 in the Saint John Regional Hospital.  She was initially admitted for a hernia operation.

They’re keeping the count down to a minimum.– Gary Myles

Myles was told the death was the result of “massive failure of organ function,” and he worries that might mean she is not counted among New Brunswick’s COVID deaths even though everything went wrong for her after getting the virus.

He doesn’t like hearing about the province narrowing definitions and pulling COVID deaths from its totals, including the removal of five deaths from March, the month when his wife died.

“They’re keeping the count down to a minimum.”

N.B. practices differ from other jurisdictions

New Brunswick officials had adopted a semi-broad definition of what constituted a COVID-19 death as recently as January, citing “a desire to be transparent,” according to then Health Department spokesperson Bruce Macfarlane.

At the time, the provincial policy was to count every person with COVID-19 who died as a COVID-19 death, “unless there is a clear alternative cause of death, such as a car accident.”

That is in general line with longstanding recommendations of how to record COVID deaths by the Public Health Agency of Canada and similar to how records are kept in other countries.

Because the virus can be especially lethal to those with serious pre-existing health conditions, when a person contracts COVID and dies of a flareup of a secondary health problem, there is a general assumption COVID was involved in causing the death, even if not the direct cause.

In most U.S. states, deaths are counted as COVID-related if a person has tested positive for COVID within 30 days of death whether or not it is ultimately noted on a person’s death certificate.

In the United Kingdom, two COVID death counts are published side by side. One reports all cases where COVID appears on a person’s death certificate, and a second tally of every person who died within 28 days of receiving a positive COVID test whether that appears on the death certificate or not.

However, in March New Brunswick opted for a much more restrictive definition for itself.

In an explanation given last Friday by New Brunswick;s lead epidemiologist Mathieu Chalifoux, it was revealed COVID now has to be listed as a “primary” cause of death in “Part 1” of  a person’s official death registration form by an attending physician or other medical profession to be counted in New Brunswick.

He said other deaths of people with COVID are not to be counted, even if the virus appears on their death certificate as an “other” listed cause of death in “Part 2” of the form.

“Deaths would have been removed from the count if they did not belong to that part one notification,” said Chalifoux.

“That is to say, they were not identified at time of death as either the primary or directly contributing cause of death.”

That led to the retroactive removal of 46 people from New Brunswick’s COVID death numbers, including 31 who had COVID listed on their death registration forms as an “other” cause of their death.

New Brunswick’s new system keeps death counts lower than they would otherwise be and makes it difficult to compare the province to other jurisdictions with more standardized counting methods. Chalifoux suggested that was not a concern.

“While we know that not all jurisdictions report deaths in the same manner or … with the same definition, we are confident in our New Brunswick rate,” said Chalifoux.

Myles feels the province is not being honest with the public about how deadly COVID remains and hopes people don’t mistake an artificially low death count as a sign the virus is not a danger in New Brunswick.

“If I can save one person out there, that’s all I want,” he said about the decision to share his own experience.