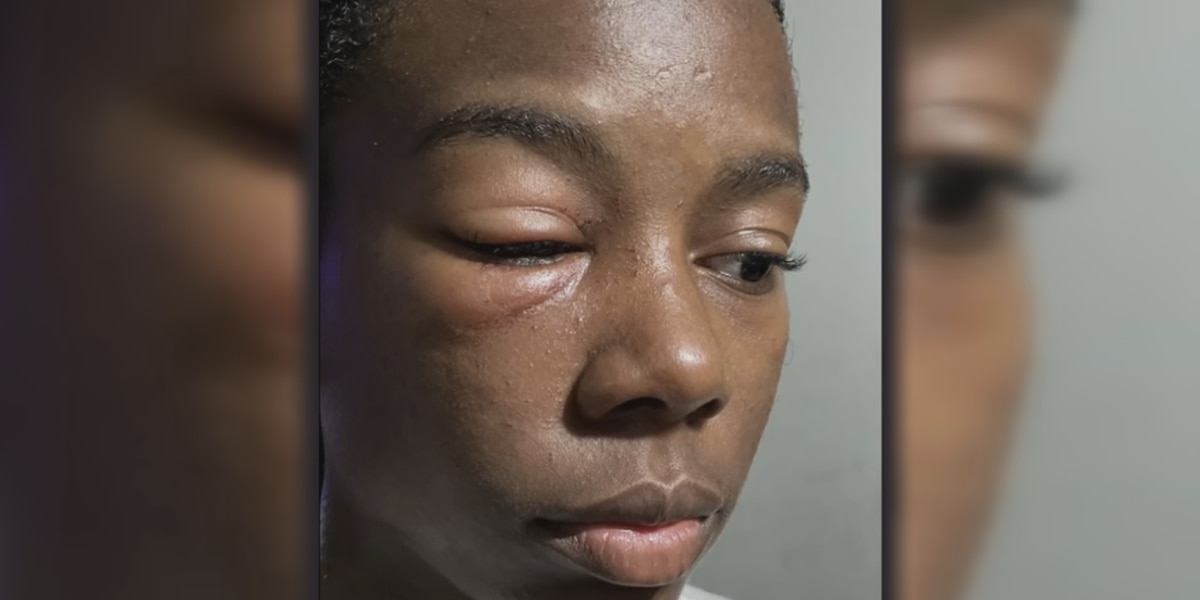 Britney Dees says her 16-year-old daughter ended up in the emergency room Friday after several of her classmates threw objects at her, hitting her in the face after a homecoming prank.

One of the teen’s friends believes those objects included lit firecrackers.

Dees tells us her daughter was hit with eggs and other things as she and some others were about to roll a house.

Dees said she and her daughter gave statements to Mobile police Tuesday morning.

So far, no one has been charged.

MOBILE, Ala. (WALA) – A frustrated Mobile mother wants something done after she says her daughter was assaulted.

Britney Dees says her 16-year-old daughter ended up in the emergency room Friday, after several of her classmates threw objects at her, hitting her in the face.

There are no other details outside of that.

Dees says someone needs to answer for what happened to her daughter.

“It’s an injustice, it really is, and it’s not fair at all,” Dees said. “Because my kid matters and it’s all being brushed away like she doesn’t.”

Dees says her daughter’s eye was swollen shut after her school’s homecoming game.

She says several of the students were pranking one another that week by tee-peeing houses.

“Before they actually got to the house the kids jumped out and ambushed them and threw eggs and other things at them,” Dees explained. “And my child got hit in the face. Her eye is swollen shut, it’s still swollen shut, and we had to take her to the emergency room.”

Dees says her daughter’s shirt was covered in blood after the ordeal.

A report was filed with Mobile Police, and it’s being investigated as suspicious circumstances.

“Nobody’s taking accountability. Nobody has picked up the phone or talked to me and my husband or said like hey, I’m sorry what can we do? Can we help or anything like that? If anything it’s been the opposite like they shouldn’t have been over here,” Dees said.

Dees says no other teens were hurt.

FOX 10 News will continue to follow the story and let you know if any charges are filed.