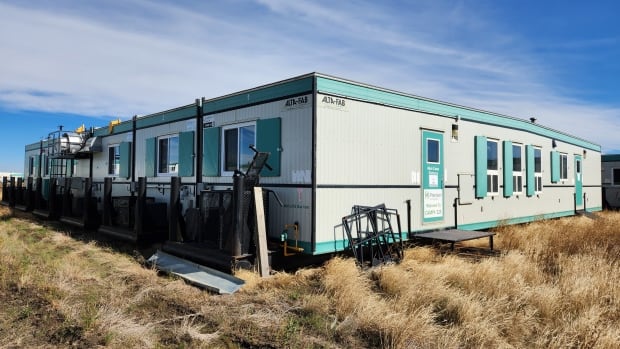 
Dozens of small mobile housing units will be set up in the parking lot of the COVID-19 testing site on Park Street as a temporary solution to the homeless problem in Charlottetown, the provincial government said Tuesday.

People without access to affordable housing have set up five encampments around P.E.I.’s capital this summer. With shelters full and winter approaching, provincial and municipal governments have been working on ways to move the campers to a safe and secure location.

“The whole thought of having somebody on the street in 40-below weather with no place to go just didn’t sit well.”

Between 40 and 50 mobile units will be delivered from western Canada by mid-November, MacKay said.

He said they are similar to units used by people facing homelessness in other jurisdictions, each one offering one or two bedrooms with a shared bathroom and shower.

The overall cost of bringing the units in is about $1.2 million.

The Park Street location was chosen because it sits on a large piece of government land — about 2.4 hectares — in a part of the city that has services nearby, MacKay said.

There have been consultations with Charlottetown Police Services, Maritime Electric, Holland College and the Charlottetown Area Development Corporation.

Because the units are mobile, the minister said they can be used in other locations if that becomes necessary at some point in the future.

The Park Street location was identified as a possible location during a Charlottetown city council meeting Monday night.

“The residents down there have already got a taste of this, you know, and they’re not happy,” said Coun. Terry MacLeod. “What we’ve seen so far from the province isn’t working.”

MacKay said longer-term solutions for Charlottetown’s homeless population will be worked out over the coming months.

So far, the province has identified about 80 people experiencing homelessness in Charlottetown, he said.

“These are individuals that are in need of help,” MacKay said. “Anybody could be in that situation at any given time and we need everybody to work together to find a solution on this.”