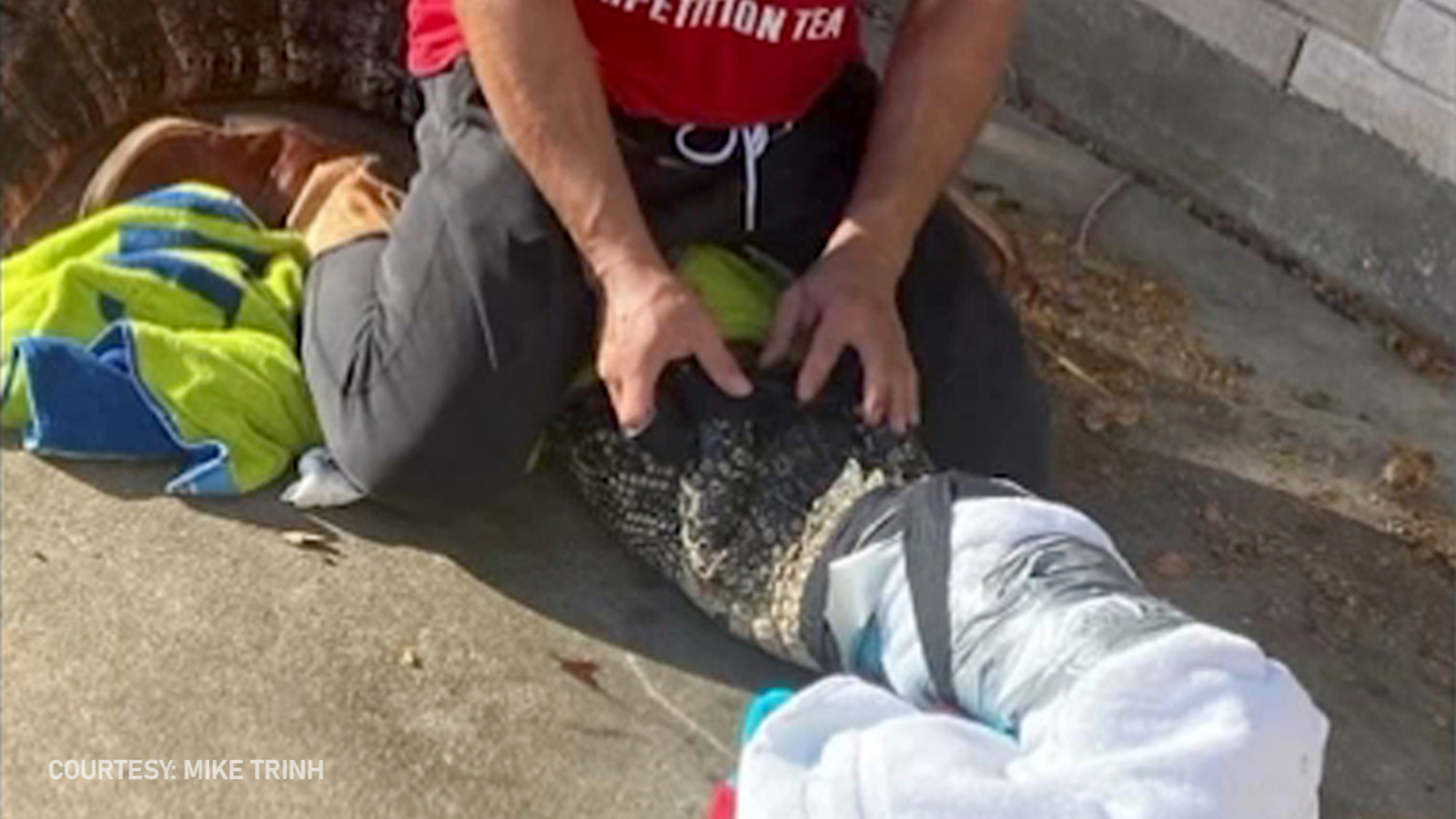 Mike Trinh, owner of Mike’s Seafood in Cypress and Houston, got quite the surprise when he left to take his kids to their first day of school on Tuesday.

He said on her way to the car, his daughter came running back to him claiming there was an alligator by the front door.

But sure enough, he walked outside and there it was – a gator at the front door.

Trinh said he knew what to do thanks to one of his favorite television programs.

“I’ve been watching Steve Irwin since I was a kid, you know what I mean? He’s one of my heroes,” Trinh said.

He threw a towel on it and left to take his kids to school, but knew he would have to figure something out when he got back.

You can see videos and photos from Trinh’s adventure with the large reptile in the video player above.

“I figured I can deal with any wildlife as long as it ain’t a stingray,” Trinh said.

When he got back, Trinh wrangled the alligator, taped its jaw shut, and tied up its legs.

“I took a sledgehammer. I didn’t hit it. I pinned the mouth. Once I got closer, I put my knee on it. In jiu-jitsu, it’s called ‘knee in belly.’ I had a knee on it, spun to the back, sat on it, and then grabbed the mouth. Once you grab the mouth, that’s it. It’s done,” Trinh said.

Trinh said he was able to do it thanks to “Steve Irwin tactics” and Brazilian jiu-jitsu.

Since he owns a seafood restaurant, Trinh joked that he was going to fry the gator up if nobody came to deal with it.

However, after no officials arrived, he loaded the alligator into his truck and released it at a pond near his home.

The game warden said alligators less than 10 to 12-feet long that aren’t on public property aren’t considered emergency situations. If you need a smaller gator removed, call the game warden’s dispatcher. They will create a complaint with a case number and then forward it on to a nuisance control hunter.

Gas may be cheaper, but otherwise prices are still on the rise