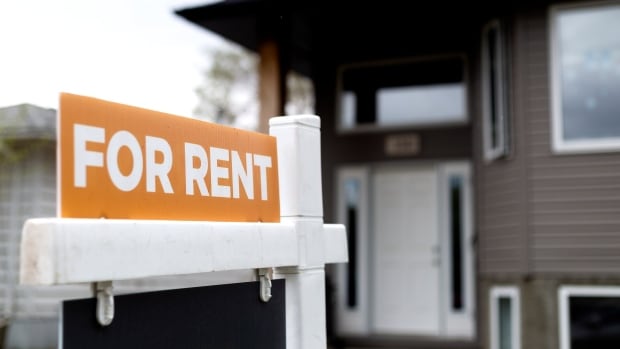 
The Island Regulatory and Appeals Commission has set limits on maximum allowable rent increases that will take effect on Jan. 1, 2023 — the highest on record — and Prince Edward Island’s Progressive Conservative government is vowing to fight them.

In a statement released Wednesday, IRAC said a maximum allowable rent increase of 5.2 per cent will apply for unheated rental units or those heated with sources other than furnace oil. The same rate of increase will apply for rental mobile home units located in a mobile home park.

A maximum allowable rent increase of 10.8 per cent will apply to any rental units that are heated with furnace oil and have heat included in the rent.

This is by far Prince Edward Island’s highest allowable annual rent hike on record. For the past two years, the maximum allowable increase for all rental units was one per cent.

Caps have fluctuated between one and two per cent since 2014, according to statistics on the website of the Office of the Director of Registered Rental Property. Going back as far as 1989, that list shows there has never been an increase like the one announced Wednesday.

In a written statement, the commission said the increases are based on a Consumer Price Index (CPI) formula that helps determine how much rental owners spend operating their rental units.

IRAC said it also considered submissions received from 65 landlords and 201 tenants, as well as 109 submissions that didn’t specify whether they were from tenants or landlords.

Rent has been a major factor in making P.E.I.’s inflation rate the highest in Canada for the last several months. In April, the annual inflation rate for rented accommodation on the Island was 15.3 per cent, compared to just 4.2 per cent for Canada as a whole.

The province’s population is growing at more than double the planned rate, and an increasing number of Islanders are already struggling to find affordable housing. Some are living in encampments in Charlottetown and Summerside, and food banks and shelters have reported an urgent increased need for their services.

P.E.I.’s minister of social development and housing, Matthew MacKay, was quick to issue a statement in response to the increases.

“Now is not the time to introduce record high rental increases in this province. Full stop,” the statement began.

“I am working with staff in the Department of Social Development and Housing to explore all options to intervene on this decision as soon as possible.

‘Not in the cards,’ says affordable housing advocate

“It’s a decision coming from people who aren’t going through any of the issues tenants are facing on P.E.I.,” said Connor Kelly with the P.E.I. Fight for Affordable Housing.

“At a time when we are experiencing a housing crisis, compounded with record-high inflation, we cannot expect Islanders to pay five to 10 per cent more in rent next year. It’s just not in the cards,” he said.

There are people already working three or four minimum-wage jobs just to get by.— Connor Kelly

Kelly said the 200 submissions made by tenants to IRAC should have carried more weight.

Chris LeClair is a senior policy advisor with the Residential Rental Association of P.E.I., which represents Island rental owners.

‘I think it’s necessary from a landlord perspective, because of the very reasons that led IRAC to make this decision,” he said of the allowable rent increases for 2023.

He said IRAC is responding to the P.E.I.’s inflation rate, which was 10.9 per cent year over year in August, driving up many different costs for the province’s rental owners, more than 7,000 of whom operate only one or two rental units.

We need to be careful in looking to the private sector, in looking to owners and operators, to subsidize a period of hyperinflation.— Chris LeClair

“These are Island families. These are small businesses,” he said. “I think we need to be careful in looking to the private sector, in looking to owners and operators, to subsidize a period of hyperinflation.”

He said what’s really needed is an affordable housing strategy for Prince Edward Island, adding that his association has repeatedly told the government it will “come to the table” in talks to create one.

Asked for comment on the minister’s reaction to the rent hike, IRAC sent an emailed statement saying it’s the commission’s job to set allowable rent increases in accordance with and as directed by the Island’s current residential rental legislation.

“The commission does not have the power to create or implement public policy,” the statement read.

“That power and responsibility of policy development and implementation of legislation rests solely with the Government of Prince Edward Island.”

Islanders are still waiting for a new Residential Tenancy Act, which could have the potential to change how rent increases are handled.

A proposed act has been in the works since 2019, with the government saying it will provide more protection for Island landlords and tenants alike.

At the moment, P.E.I.’s rental industry falls under the provisions of the 30-year-old Rental of Residential Properties Act.

The future of agriculture: Artificial intelligence gives ranchers an extra eye on their herds