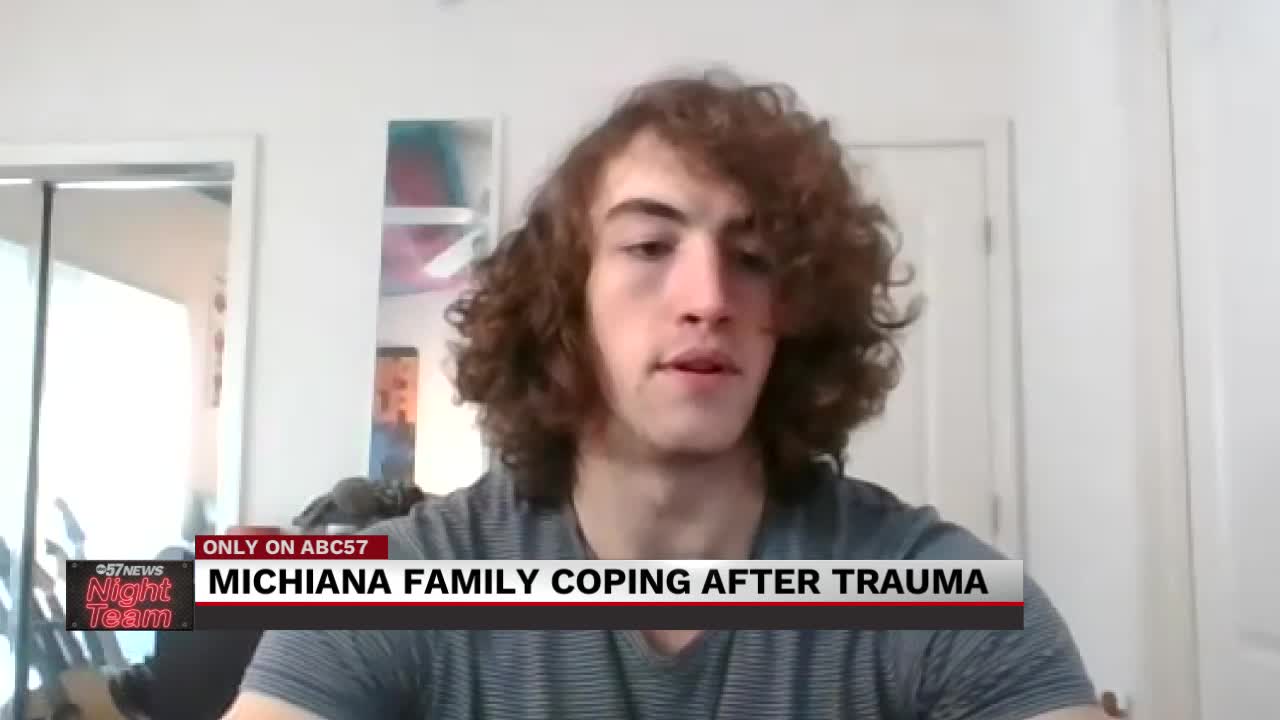 
SOUTH BEND, Ind. — Many of us experience life changing moments, but for one Michiana family they’re still dealing with the affects after their son was abducted at gunpoint last year.

May 23, 2020. It’s the day Cheryl and Jason Lee’s lives changed forever. I met them after the boy was abducted and robbed by these men right from their front door.

“It’s a year later and I still get emotional about that feeling of helplessness. There was just nothing we could do,” said Cheryl.

The suspects were caught on camera by a neighbor’s Ring video just moments before holding Jason at gunpoint — forcing him to withdraw $3,000 from three separate ATMs.

The mother and son duo have worked to move on from the traumatic experience — even recovering all the stolen money, but with each passing day like many, they still feel affects of PTSD.

“I have dreams about it sometimes. I’m still nervous a lot of the time and it’s affected me socially as well as mentally,” said Jason.

Talking it out with friends and even using music as an outlet, both continue to seek healthy ways to recover their mental health.

“Instead of thinking about it, I think that a creative hobby is so important to that release of emotion that you really need to feel because this kind of trauma is not something you could just hold up inside,” said Jason.

For Cheryl, she originally did hold it in because she felt guilty about her mental struggles when she wasn’t even the victim.

Today, as she waits to learn the fate of these 3 men she encourages anyone suffering from trauma to talk about their struggles.

“I think if I would’ve gone to a therapist or done something more intentional to talk about it and kind of overcome it I think I would be further along and I wouldn’t be upset now a year later,” said Cheryl.

All three suspects in Jason’s case are currently charged with armed robbery.