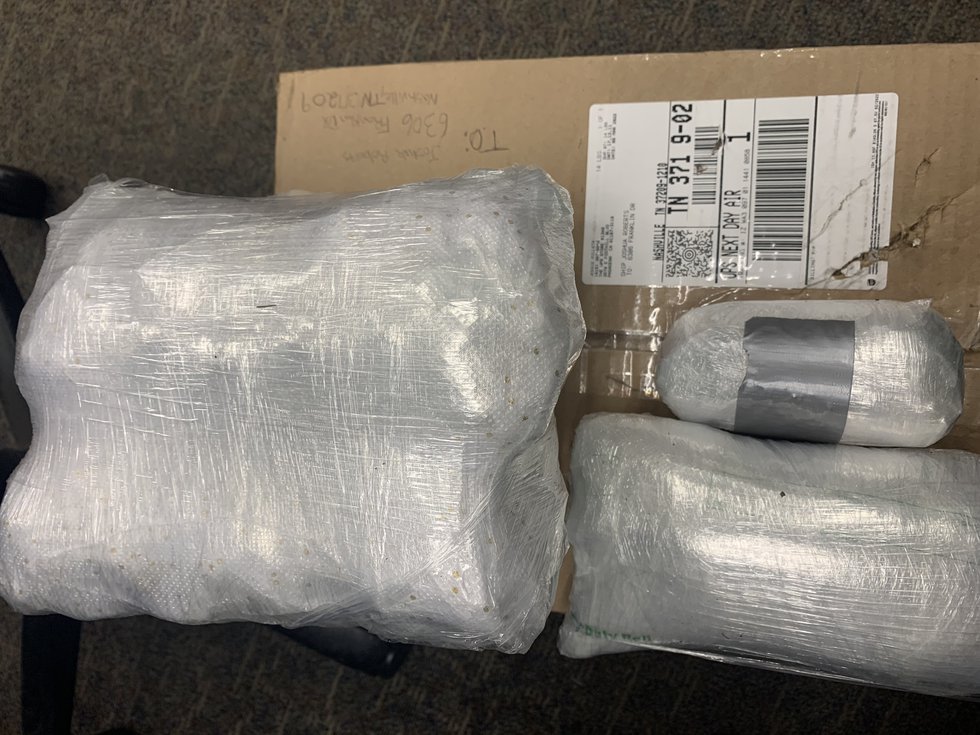 Metro Police recover recovered 11.5 pounds of meth and 18 grams of fentanyl in an investigation


NASHVILLE, Tenn. (WSMV) -Metro Police arrested three men and recovered 11.5 pounds of meth and 18 grams of fentanyl after an investigation into the trafficking and distribution of methamphetamine and fentanyl in the Nashville area.

According to police, the investigation shows that a parcel containing the 11.5 pounds of meth arrived at the 6306 Franklin Drive residence of Joshua Martin, 33, Thursday.

Police say that 29-year-old Marcus Pace and 30-year-old Kristopher Harris arrived in a pickup truck at Martin’s home, and he then placed the parcel in the truck.

After seeing this, police say that the vehicle was searched and seven small bags of a substance that field-tested positive for fentanyl were recovered.