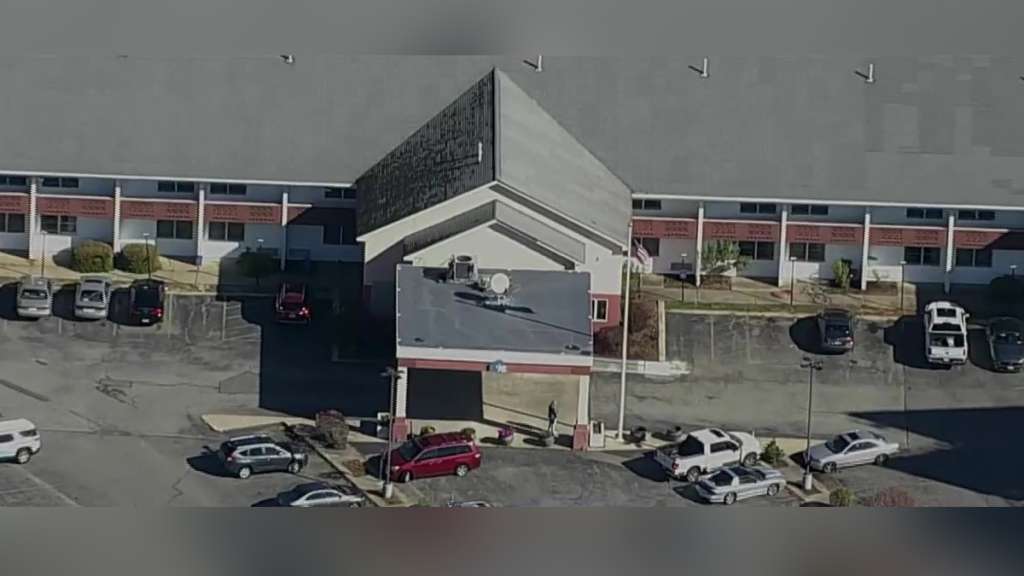 
METHUEN, MASS. (WHDH) – “Multiple families” from South America and Haiti arrived at a hotel in Methuen last week, sent by the state without any advance notice, according to the city’s mayor, Neil Perry.

“We have requested a meeting with (the Department of Housing and Community Development) to understand how this happened but more importantly what the plan is for these families,” Perry said in an email.

In an interview, Perry said he was not happy with the Baker administration after some 55 families, including up to 75 children, were dropped off without notice at the Days Inn on Friday.

He recalled how he received an urgent call while he was at a high school football game last week, informing him that numerous people at the hotel had not been fed in days. He then reached out to the owner of a local business, Bada Bing Pizza, who told him not to worry about costs as the restaurant delivered pizza and pasta to the hotel within an hour.

The mayor said he has since determined the families were not the ones dropped off at Martha’s Vineyard several weeks ago. He said they were from Venezuela, Colombia and Haiti and had spent time at the Boston Medical Center last week.

Their arrival was also a major topic at a city council meeting on Monday, Oct. 17.

“He said the state was paying full rate, so I’m guessing the full rate at the Days Inn in Methuen is less than the discounted rate at hotels in say, Swampscott, Andover, Brookline, maybe Newton, and that’s why they’re here,” said City Councilor Mike Simard. “So, did they spin a wheel and say ‘Methuen’?”

Perry said despite his frustration over the lack of communication and planning, he said he was happy Lt. Gov. Karyn Polito helped him get a meeting with officials from the Department of Housing and Urban Development.

The DHCD has previously said it is required to shelter and feed children and pregnant women who have recently come into the state.

One big question the mayor has is whether the children at the hotel will be needing schooling.

“Until DHCD sits down with me (on Thursday) and tells me what the plan is, I don’t know,” he said.

Adding to the frustration, Perry said this is not the first time the state has done this to Methuen. He said a couple of years ago during the pandemic, the state dropped off several unhoused in the area without notice in order to get them shelter.

(Copyright (c) 2022 Sunbeam Television. All Rights Reserved. This material may not be published, broadcast, rewritten, or redistributed.)