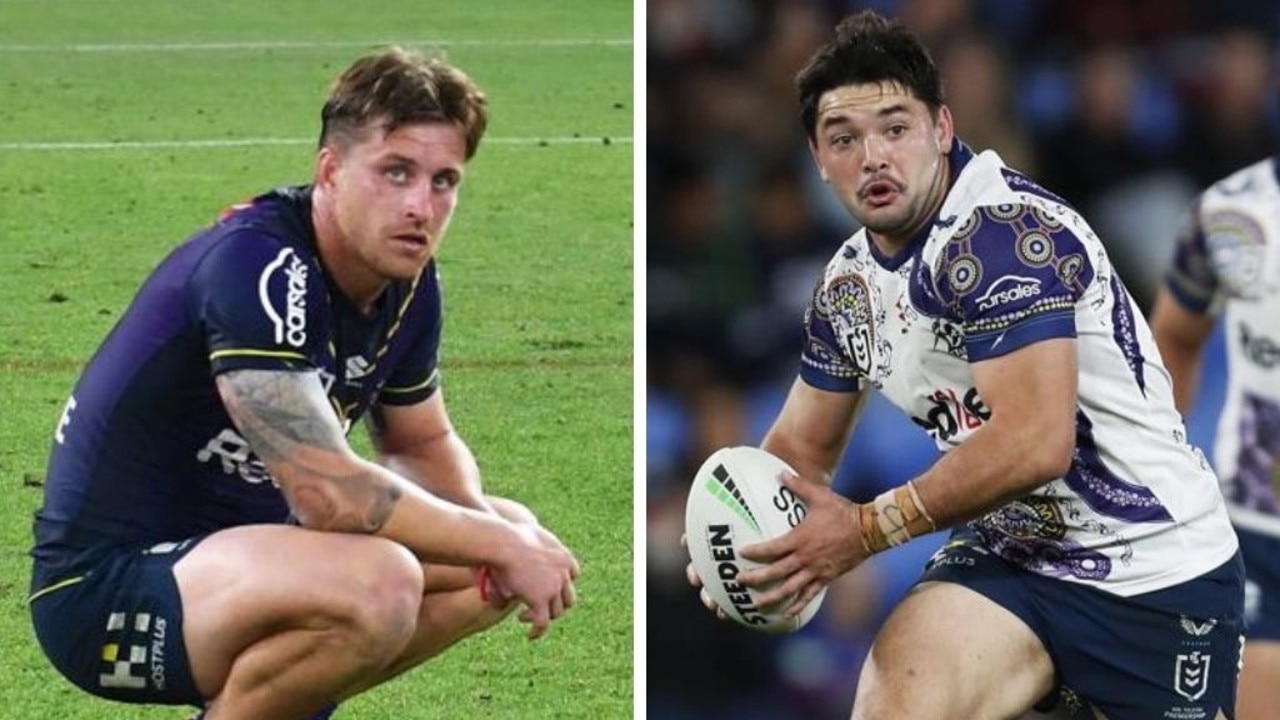 The NRL has handed down its punishment to three stars who were involved in a white powder video scandal after their season ended.

The NRL has handed down breach notices to the Melbourne Storm trio involved in a video scandal that reveals what punishments they face.

Cameron Munster, Brandon Smith and Chris Lewis were seen in a video that appeared to show them in a room with white powder after the Storm’s loss to Penrith in the preliminary final.

The Storm released a statement today confirming the breach notices propose a one-match suspension for each player. Additionally, Munster faces a $30,000 fine, Smith is looking at $15,000 while Lewis will be $4000 lighter in the hip pocket. Those sums total $49,000

In a statement, the NRL said “the fines proposed take into account the varying salaries of each individual”, while the players will also need to complete education and training at the direction of the league’s governing body.

The NRL also slapped New Zealand Warriors whiz-kid Reece Walsh with a breach notice after the teenager admitted to being caught by police in possession of cocaine last month.

He faces a $5000 fine and two-match suspension for bringing the game into disrepute.

The players have five business days to respond to their breach notice, should they wish to contest anything.

The Australian’s Brent Read reported on Twitter the players “must serve their bans in the regular season”, as opposed to pre-season games or exhibition matches.

NRL CEO Andrew Abdo said: “I understand that players have endured a long season under strict protocols. However, there is no excuse for the behaviour we have seen over the past week.

“The players have let themselves, their clubs and the rugby league community down.

“These sanctions are designed to include an element of rehabilitation and development as well as having consequences for the individual and team.”

Speaking on SEN radio last week, NRL legend Cameron Smith — who played 433 games for Melbourne — labelled the Storm players’ behaviour “dumb” and “mind-boggling”. He also took aim at them for putting the Storm’s reputation in jeopardy by inviting questions about the club’s culture that past players had worked so hard to establish.

“They’ve put so much heat and spotlight on the Melbourne Storm as an organisation and the same on their teammates and former players,” Smith said. “That’s the most disappointing thing and the thing that annoys me.

“It’s taken a lot of those people a long period of time to build that organisation and have it held in such a high regard in this country as one of the great sporting organisations not just in rugby league but across all sports in Australia.

“And then you’ve got guys wanting to make dumb choices and that can bring it all down in an instant.”