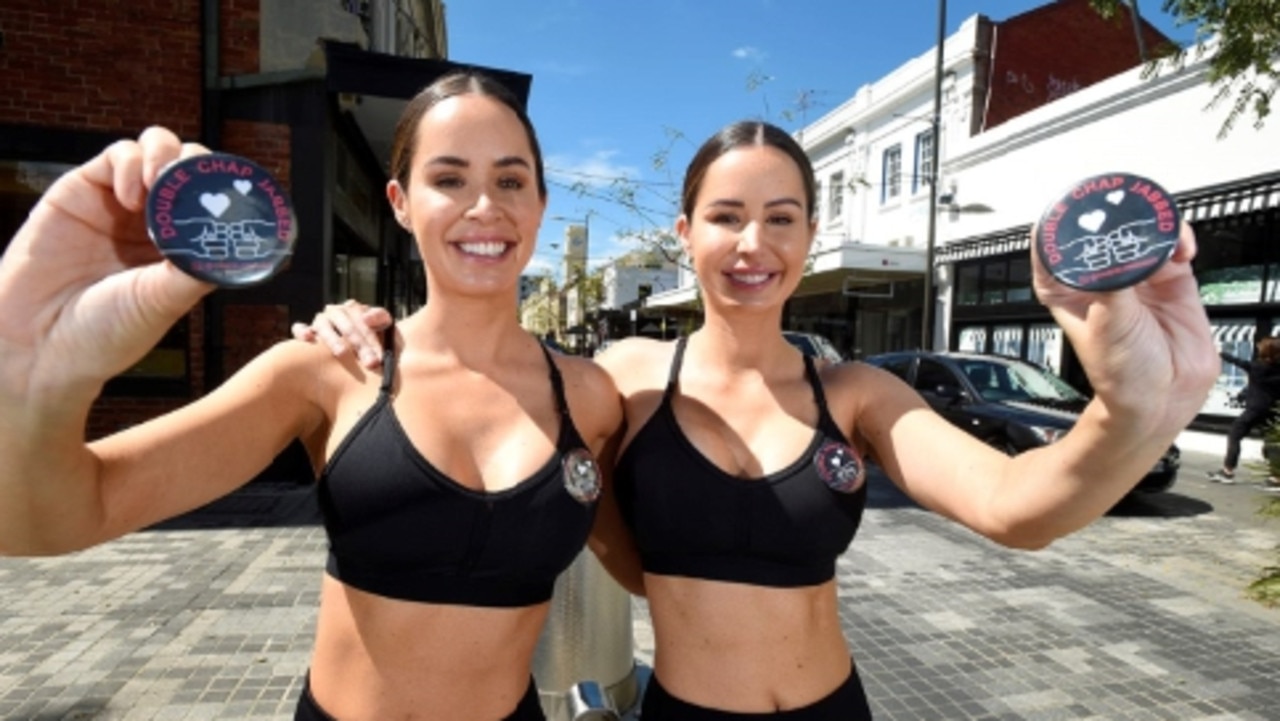 Traders in locked down Melbourne are launching a campaign for an immediate reopening of their city, and some had some blunt words for the state’s leader.

Two twin gym owners are among traders along a famous Melbourne shopping strip demanding an immediate reopening of retail and hospitality industries to double-dose vaccinated Victorians.

Chapel Street Precinct – an advocacy group for business along the South Yarra strip – launched a campaign on Wednesday, “double-jabbed and ready to chap”.

Melbourne identical twins and gym owners Lauren and Rachel Brooker have joined the campaign and said it was time for Victorians who had received both doses of the Covid-19 jabs to have their freedoms restored.

“This lockdown has been tough for everyone, it’s great that Chapel Street Precinct is focusing on hope – it’s definitely needed and a good reward for being double vaccinated,” Rachel Brooker said.

“The thought of sitting down in a cafe, shopping for clothes or finally getting a beauty appointment is music to our ears,” Laura Brooker said.

The retail sector won’t completely reopen until Victoria reached its 80 per cent double-dose vaccination target – projected for November 5 – according to the state government’s road map.

“Traders are double jabbed and begging for a kick-starter and they need it now more than ever,” Ms Maus said.

“Every day a business stays closed is another day closer to its permanent closure.

“If Dan Andrews and the Victorian government aren’t willing to accept that now is the time to reopen, we’re going to have more businesses closing up for good and we’ll risk losing the spark that makes Chapel Street so special and unique.

“Melbourne has had a gut-full, what with continuous snap lockdowns for the past two years – now we’re jabbed and it‘s time to reopen and stay open.”

Victoria is on track towards reaching it’s 70 per cent double-dose vaccination target on October 26.

That will allow for an easing of rules in social and recreational settings, and will spark the reopening of religious ceremonies, schools, and hairdressing and beauty salons.

“We are well on track to hit the date of 70 per cent double-dose on October 26. Then in November for 80 per cent – We‘ll keep coming forward and we’ll get a better sense next week when get closer,” he said.

But when questioned about the possibility of bringing freedoms forward for Victorians who were fully vaccinated, Mr Weimar said it was a matter for the state’s chief health officer.

Greens’ Elizabeth May speaks out after ‘terrible election result’

Jeep Fest returns in 2022 bigger than ever