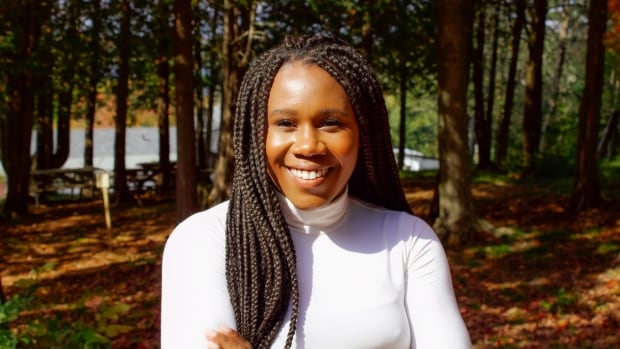 
While the COVID-19 pandemic has painted a grim picture of just how fragile our food systems are and how hard-hit racialized communities have been, food justice advocates in Toronto’s Black community are pushing for long-term solutions to tackle inequities in Canada’s food system.

They are pushing for food sovereignty.

The notion is to create a “Black food ecosystem” that will allow community members to be the drivers of their own development, through farming and distributing food by them and for them.

Lololi said organizations including his, have been working toward cultivating food sovereignty and security for Toronto’s African, Caribbean and Black (ACB) communities as the current food system in place is not an “equal playing field.”

“In a country as rich as Canada we are supposed to make sure there is more equity in the food system,” Lololi said.

Lololi says the goal is for community members to be able to exercise self empowerment and gain access to healthy, organic and culturally-appropriate foods.

Among many advocates, Lololi says food banks and programs indeed fill an important immediate need, but they aren’t the solution that the community desperately needs.

Lololi says the Afri-Can Food Basket’s mission is to provide leadership in urban agriculture and foster collaboration with other organizations to advance food justice, health and social enterprise for the Black Canadian community.

Advocates say the level of food insecurity in Black communities comes as a result of a lack of control over access to food, and the extent to which Black communities are structurally disadvantaged in Canadian society.

Almost 30 per cent of Black households experience food insecurity, as well, they are 3.6 times more likely to be food insecure than white households, according to Statistics Canada data compiled by PROOF, a food insecurity policy and research group out of the University of Toronto, and Foodshare.

Prior to the pandemic, only 10 per cent of white households reported food insecurity, compared to 28 per cent of Black households, according to the Toronto Fallout Report.

Black, Indigenous, and People of Colour (BIPOC) have unemployment rates almost twice as high as white Canadians, the report notes.

Toronto chef and food advocate Bashir Munye says the Black community in Canada must be able to grow, distribute and consume food that is culturally appropriate to them in order to cultivate food sovereignty.

Munye says the lack of control that the Black community has over access to food has long been a major factor in food inequity.

“We cannot really determine and talk about food without really understanding the systematic racism that this country’s built upon because the accessibility to financial equity, accessibility to land and those things are not necessarily offered to us,” Munye said.

Chronic issues dumped on organizations with no capacity to solve them

Paul Taylor, executive director of FoodShare Toronto, quoted in the report, said that much of the funding support it has received is set aside for emergency response “which, while essential, diverts funding away from ongoing initiatives focused on broader food systems.”

“These wicked problems, like poverty and food insecurity and homelessness, have long been offloaded or dumped on to charitable organizations that don’t have the capacity to solve them,” Taylor said in the report.

Roberts, who is also the lead consultant for the City of Toronto’s Confronting Anti-Black Racism Unit, says she and the city are working toward building the necessary infrastructure to create a Black food ecosystem which will allow Black communities to be the drivers of their own development.

Director of the Black Creek Community Farm Leticia Deawuo, says access to land to grow food in Canada is another obstacle advocates are trying to address.

Deawuo is addressing this through the eight-acre land, a resource for over 3000 people in the Jane and Finch community, which produces cultural staples like okra, gai lan and callaloo.

Deawuo says in the long run, many groups want to see more government support for Black farmers and food producers.

Roberts says all of these challenges precede the global pandemic, which saw a disproportionate number of Black residents losing their jobs in the pandemic.

“In some ways COVID-19 compounded by [the] racial awakening around the long standing and persistent injustices that Black folks have have faced, across several areas,” Roberts said.

In July, the Board of Health passed a motion to develop a City of Toronto Black food sovereignty plan to address the chronic food insecurity faced by ACB communities.

“I think this is the beginning of thinking about how we address barriers to creating new, sustainable solutions led by the Black community who has been absent from these conversations for a long time,” Roberts said.

Photos of trucks show UK on brink of ‘disaster’

How to stay safe while using fireworks

Man with monkeypox encourages people to get the vaccine