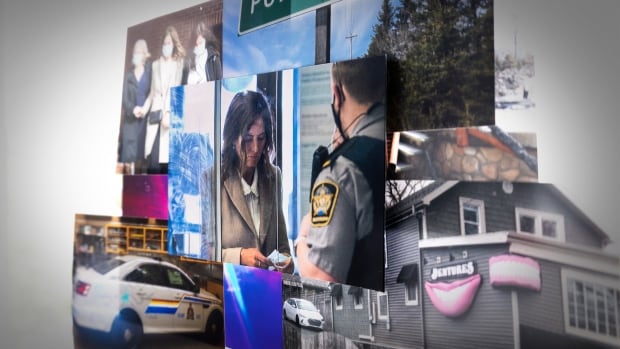 
The inquiry into the April 2020 mass shooting in Nova Scotia will learn more this week about the various forms of violence surrounding, and carried out by, the gunman Gabriel Wortman.

Emily Hill, counsel for the Mass Casualty Commission leading the inquiry, said they are continuing to learn about what happened during the rampage on April 18 and 19, 2020, when 22 people were killed.

But she said it’s now important to “zoom out” and consider the larger context of how and why the mass casualty took place, so that the commission can make meaningful recommendations.

“We will be hearing from experts as well as other witnesses, and sharing hundreds of documents that contain sensitive information like transcripts, complaints and reports about sexual and physical violence, as well as aggressive, controlling and harassing behaviour,” Hill told reporters last week.

“Much of the content will be difficult, and will be impactful for many.”

Violence in gunman’s family to be discussed first

A main document and various materials on violence in the perpetrator’s family will be released Monday, when an expert on intimate partner violence is also expected to testify.

This document will include statements from Wortman’s family and his mental health and medical records.

The inquiry has already heard about how Wortman was physically and psychologically abused as a child by his father Paul Wortman, according to police interviews with his longtime partner Lisa Banfield and other members of the Wortman family.

On Tuesday, a document and various materials about the gunman’s violence toward others will be released.

Also testifying Tuesday is Brenda Forbes, a former neighbour of the gunman’s in Portapique, N.S., who tried to warn others of Wortman’s abuse of Banfield. She has told police and the CBC about how Wortman harassed her after she made a report of the abuse to RCMP, to the point where she and her husband moved away.

Wednesday will see a document and source material released on the gunman’s violence toward Banfield, his common-law spouse.

It is expected that the transcripts of the five multi-hour interviews Banfield has done with the commission over the past few months will also be released. An expert on gender-based and intimate-partner violence will also testify.

On April 18, 2020, the rampage started when the gunman attacked Banfield and threw her into his mock RCMP cruiser. She has told police she was able to escape through the partition in the car, and hid in the woods overnight.

Banfield said there’d been at least 10 other physical assaults over the years, and the gunman was controlling about where she went.

On Thursday, there will be two roundtables on mass casualty incidents in Canada and around the world, and a discussion about psychiatric and psychological tools to prevent these events.

Banfield will testify in person for the first time before the inquiry on Friday.

Hill said that given the four police interviews and five commission interviews with Banfield, they don’t expect they will need more than one day of live testimony.

Commission counsel will be the only ones to question Banfield, an approach that lawyers for many victims’ families have already raised concerns about.