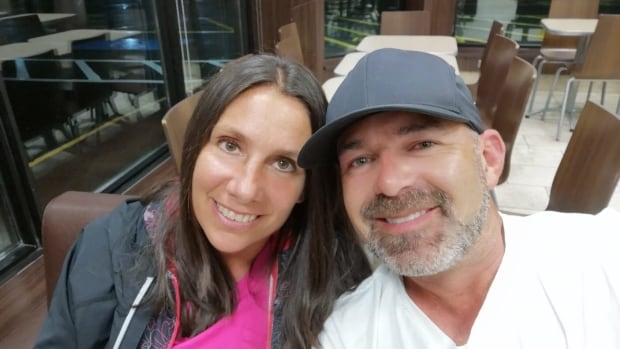 
A man wanted in a romance scam investigation is now in custody in Quebec after he was arrested north of Toronto this week.

At least one alleged victim is grateful to hear of the arrest.

“I feel relieved that some of these other victims and myself will get some justice.” Andréa Speranza, a Halifax woman, told CBC Toronto on Friday.

York Regional Police arrested Andre Marcel Vautour, 47, of no fixed address, on Wednesday after police in Quebec tipped them off that the man was believed to be living in Vaughan, Ont. Police said there was an outstanding warrant for his arrest.

According to Quebec police, he was been charged with fraud. His bail hearing is on Tuesday in Drummondville, Que. CBC Toronto has reached out to his lawyer but has yet to hear back.

“He was arrested and transported to Quebec so that the police service there could continue with the charges and the investigation,” she said.

Armstrong said police continue to receive numerous reports of romance scams. In these kinds of frauds, she said the scammer creates a persona, often with fake details.

“These fraudsters are very creative in their methods,” she said.

“Our victims, some who are new to the area, or new to our country, or some who are in vulnerable places in lives, fall prey to these fraudsters. And what happens is that they connect with the victims. They create a fictitious character or persona and they lure our victims in by their emotions and their vulnerabilities.”

She said the romance develops quickly, then the victims are invested in the relationship to the point where they feel compelled to help when the scammer asks for money. She said she wants people to know that they have to be very cautious and careful when talking to people on dating sites who are essentially strangers.

Woman alleges she was tricked out of $5K

Speranza, for her part, alleges Vautor tricked her into loving him and swindled her out of thousands of dollars.

Speranza launched an online community through a website, and with the help of media coverage, police and lawyers, she connected with alleged victims in eight provinces, including Ontario, and in other parts of the world, including the U.S., U.K., Southeast Asia and Europe. Several of the victims are from Ontario.

Speranza said she wants more people to reach out if they’ve been victimized.

“Nobody’s celebrating too early. By justice, we mean the victims get appropriate compensation for what they’ve lost but they’ll never get back the emotional scars and devastation that they have suffered.”

She said romance scams are a kind of “emotional warfare” by con artists.

Carlo Charles, a researcher at McMaster University, said anyone could fall victim to a romance scam, especially when the alleged fraudster has years of practice.

If anyone thinks it cannot happen to them, Charles said: “I would say wait to be in the right circumstances.”

Charles said a romance scam artist is a “Tinder Swindler.” He said they get better at the scam as they continue to do it.

“Each time they do it, they kind of accumulate more skills and more knowledge as to how to perpetrate the same kind of scam onto other people in the future.”