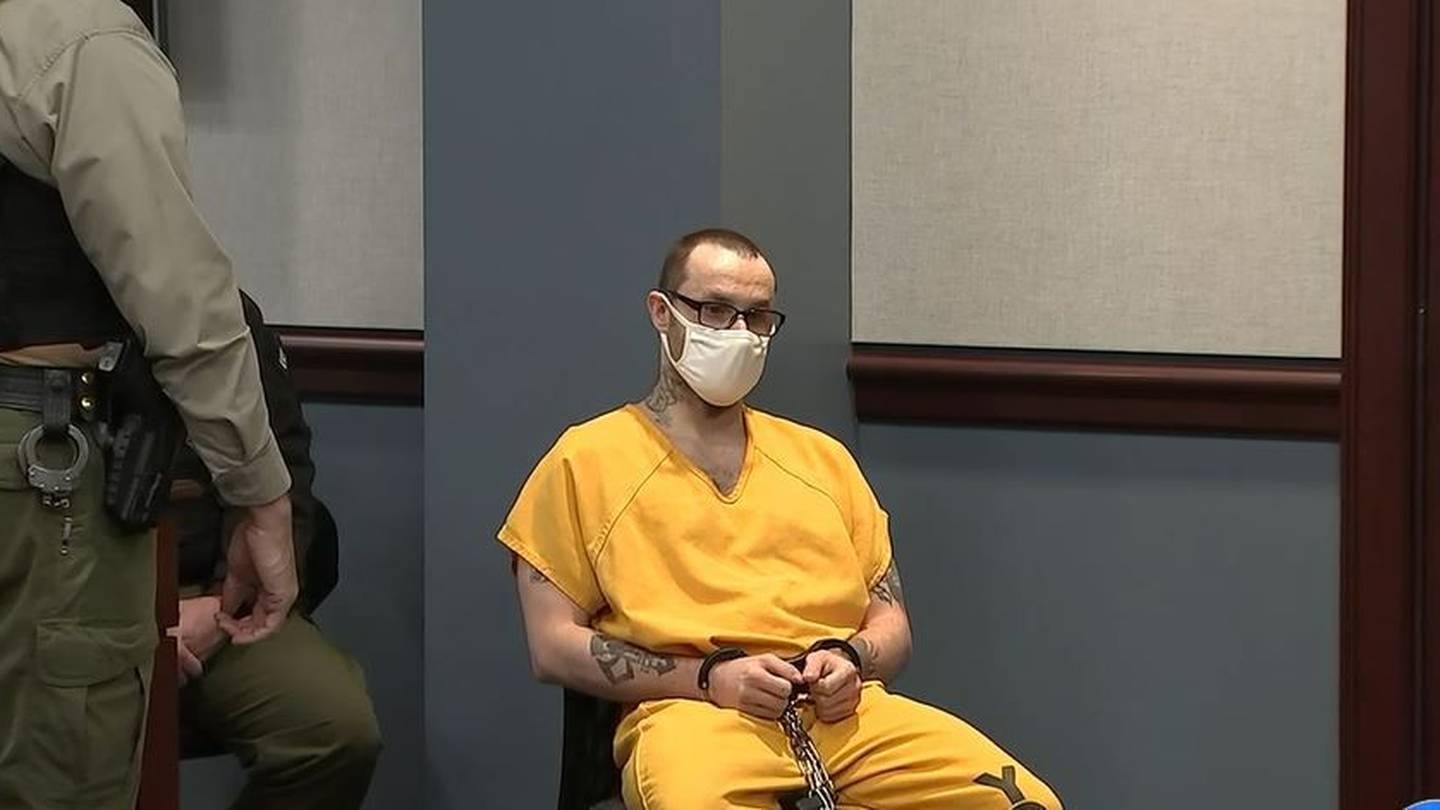 
YORK COUNTY, S.C. — A judge has sentenced a man involved in a deadly York County home invasion on Christmas of 2020, to 40 years in prison.

Travis Baxter pleaded guilty earlier this week to charges of voluntary manslaughter, first degree burglary, possession of a weapon during the commission of a violent crime, kidnapping, armed robbery and conspiracy.

Deputies said Baxter and two other people broke into a home on Smithfield Road in Hickory Grove on Dec. 25, 2020 and attacked a couple that lived there. They are all accused of stealing from the home and beating Sarah Childers, 72, and her husband, Billy Childers, who was 75 at the time.

Detectives said a woman knocked on the couple’s door and claimed she was having car trouble. Billy Childers was lured outside where two men put a gun to his head, tied him up and kicked him, investigators said.

Sarah Childers heard the commotion, and when she went to see what was going on,

Officials said she was forced to strip down and get on the floor in her home. She was then assaulted.

The suspects stole a gun, cash, jewelry and the couple’s SUV.

Sarah Childers died from her injuries about three weeks later. Medical officials said it was homicide by heart attack.

The Childers family said they have waited an entire year for what happened in the courtroom Thursday.

Dwayne Childers and his family were begging a judge to give Travis Baxter the maximum sentence of 40 years in prison for the crime that took his mother’s life.

“This lady didn’t have a harmful bone in her body,” Dwayne Childers said. “This boy needs to go to jail for the rest of his life. He’s dangerous to society.”

Officials said Baxter could have faced life in prison but accepted a plea agreement earlier this week.

“We had this case scheduled for a jury trial, but anything you go to trial there are risks for both sides. Thankfully we were able to come to terms that everyone could agree with,” a prosecutor said.

Dwayne Childers said the sentencing isn’t just about his family but the entire community.

“We don’t want what happened to them to ever happen to another couple,” Dwayne Childers said.

People say they want COVID-19 to become ‘endemic.’ But what does that really mean?