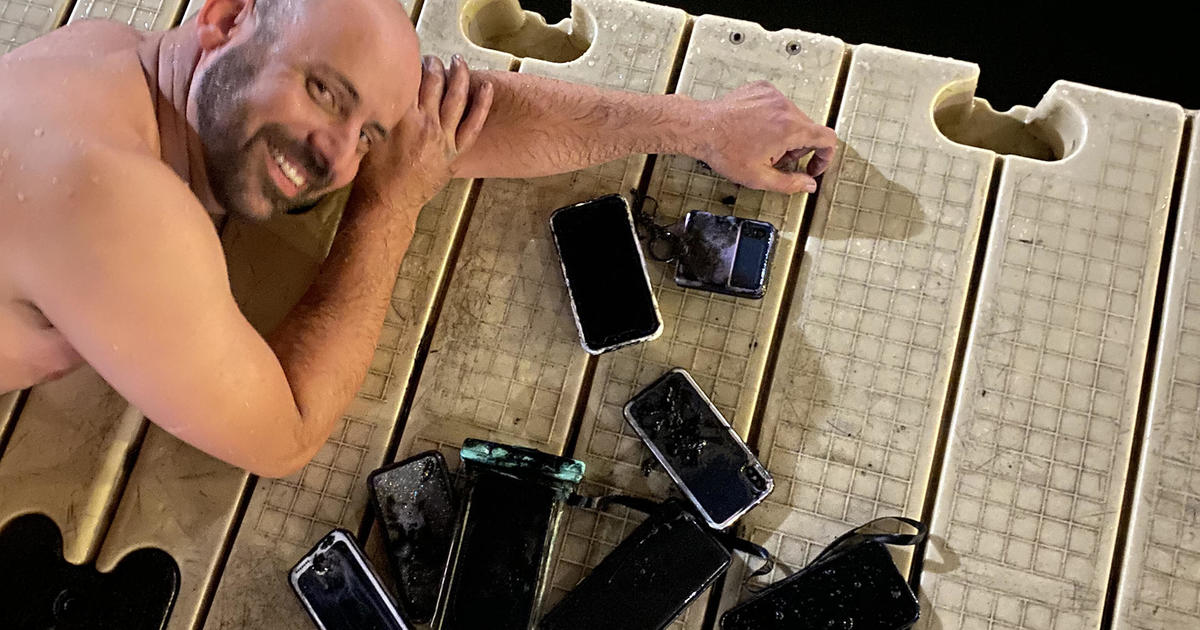 Man on date retrieves 11 phones from bottom of Charles River


CAMBRIDGE – It was the third date for John Anastos and Jennifer Abramson. The two decided to paddle board down the Charles River Tuesday night, to watch the sunset and Boston’s skyline shine.

By all accounts things were going well until it was time to dock near Paddle Boston in Cambridge. That is when John’s phone got too close to the edge.

“I don’t know if it was with my hand my foot my leg, but while I was getting my paddleboard out, I kicked my phone in the water and watched it sink,” Anastos said. “I was like; you’ve got to be kidding me.”

Anastos said he entered an instant moment of contemplation. Faced with the difficult decision to do something or just let it go.

He went for it. Anastos jumped into the dark, cold, murky Charles River.

“You don’t just hit the bottom,” Anastos said. “It’s kind of like you slowly ooze into the bottom.”

He said he used paddles to determine the depth was about 15 feet.

Jennifer Abramson was there to watch it all unfold.

On his first jump, Anastos said he felt two phones instantly and brought them to them to the dock.

He did a total of seven dives and recovered 11 phones.

But it wasn’t until Wednesday morning that Anastos thought about turning them on. He plugged them in one by one and found three turned on.

Using the emergency contact features on the phones, Anastos said he was able to make contact with two of the phone’s owners.

Deb Laufer was one of them.

“I remember it. It is obviously a little embarrassing considering where I work,” Laufer said.

She has worked with Paddle Boston for a dozen years and said she lost her phone last month in the same spot Anastos did.

Her phone was in a watertight bag. It’s unclear whether she is more impressed by the phone still working or by how the phone was recovered.

“Surprised for sure. Surprised anyone would be willing to jump off that dock,” said Laufer.

After half a dozen dives, Anastos never recovered his own phone, but he did secure a fourth date with Abramson.

Brandon Truitt joined WBZ-TV in January 2022 after working as a reporter and fill-in anchor at WPRI in Providence, Rhode Island. Before WPRI, Truitt worked at WNCT in Greenville, North Carolina, where he began his career in broadcast journalism.

First on CNN: Election workers to be trained to deal with violence at polls as midterms approach