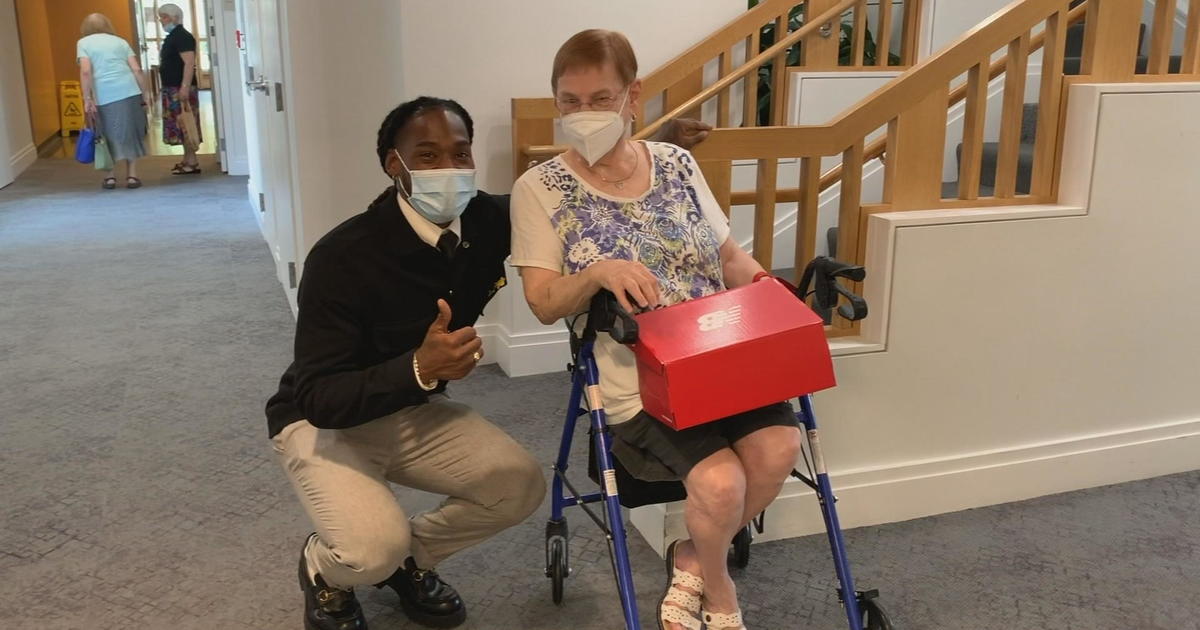 BOSTON – New Balance stepped in to help a Brighton senior living facility after one of the employees noticed the residents had worn out shoes.

“I had no idea they would be so awesome, and gracious as they were,” says James Humphries, who works the front desk at 2 Life Communities.

Humphries saw that too many residents had worn down heels on their shoes. He said the issue forced some men and women to walk imbalanced.

“They were telling me that they were in super need at the moment. The holes were in their shoes. They were pretty bad off,” Humphries said.

The 25-year-old contacted New Balance to see what could be done. The company responded by donating 20 pairs of shoes for any residents asking for help.

“We love when our team spots a need, figures it out on their own, and figures out what to do,” 2 Life Communities president and CEO Amy Schectman said. “One of the biggest threats to the aging process is maintaining balance and good posture.”

“One of the things we suffer most from when we get old is falling, and I will not fall in these shoes,” resident Jean Rubinson said. “[James] showed me the box, and I took them out, and I said, ‘Oh my God just what I need.”