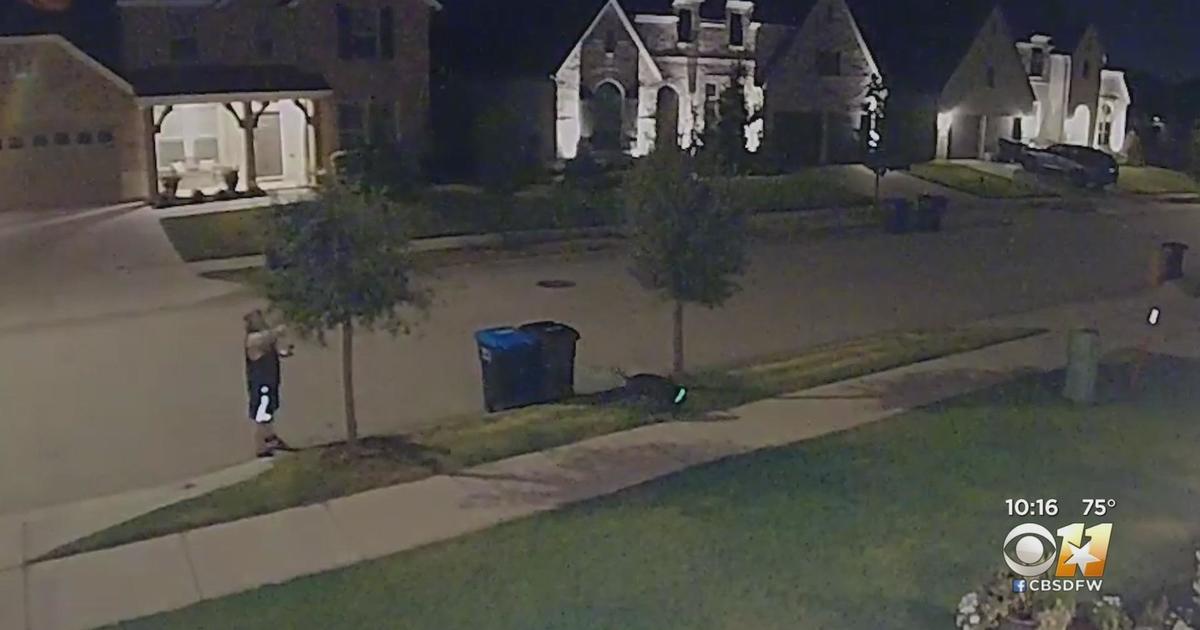 
FORT WORTH, Texas (CBSDFW.COM) – A Fort Worth neighborhood wants answers after a man has been observed sneaking around late at night, trimming trees.

“I was talking to my wife, Emily and I was like ‘hey we had a storm last night’ and she was like ‘oh no that’s Edward Scissorhands..’ and so I was like ‘uh what?'” Jerry Balkenbush said.

“People in the neighborhood were talking about it and it seems like he was just hitting certain streets,” Emily Balkenbush said.

Several of their neighbors have caught him on their home surveillance videos, normally out around 3 a.m. with a dog off leash.

“He starts trimming the tree and admiring his work and kind of stepping back,” Danny Thomann said. “We really just want him to stop doing this.”

They say now these incidents are becoming more frequent. Overnight, about a dozen trees on three different streets were hit.

“Sometimes he’ll just take a little bit, but then in other people’s trees he’ll take massive gobs,” Ashley Thomann said. “We’re all liable for those trees per our HOA, so if something happens to the tree everybody is paying hundreds of dollars per tree to replace them. So that’s part of it and then I think the other part of it is it’s someone else’s property, but we also don’t want someone to get hurt either.”

They say police reports have been filed.

“There are some investigators working on it from what we understand,” Balkenbush said.

Raised in Richardson, Erin Jones is proud to call North Texas home. Her passion for journalism began in elementary school. For a 5th grade graduation memory book, she was asked what do you want to be when you grow up? She wrote journalist.