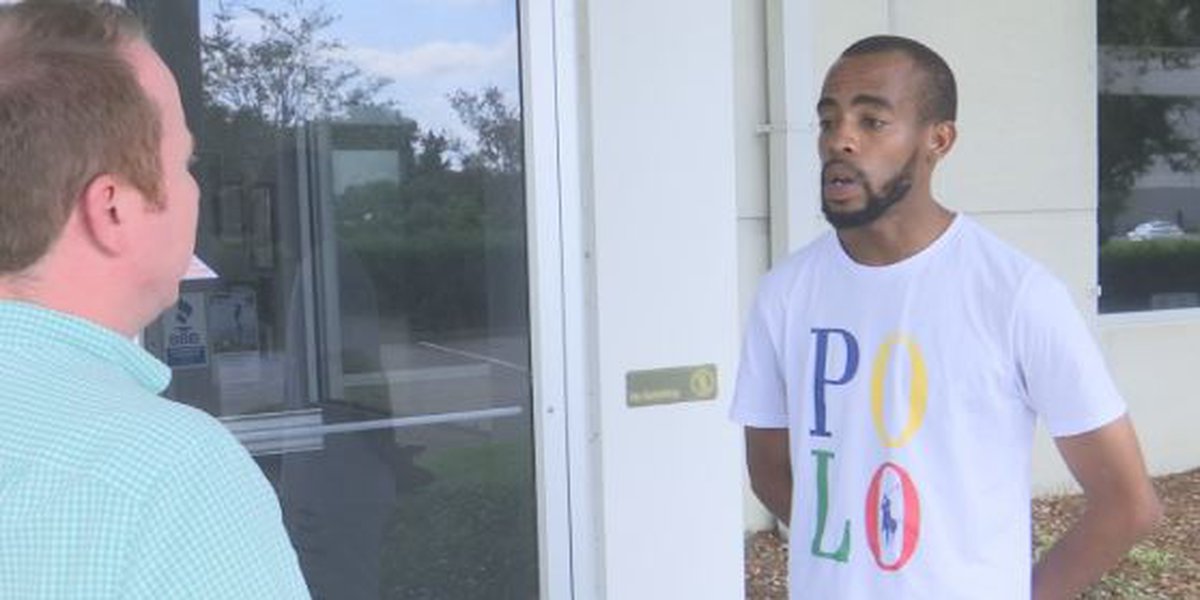 Man accused of impersonating officer shares his side of story


MOBILE, Ala. (WALA) – A man accused of impersonating an officer and extortion — wants to clear the air — on what he says really happened.

“I would never impersonate Prichard… I don’t even like Prichard Police Department,” said Byron Thomas.

Bonding out Saturday evening — 38-year-old Byron Thomas spent six days in Metro Jail — accused of impersonating a peace officer, kidnapping, and extortion. He tells us they got it wrong — and says he looked the part — because he owns his own security company, and is a licensed fugitive recovery officer/bounty hunter — even showing us his credentials.

“This is my fugitive recovery agents license right here… I’m licensed with the State of Alabama. The gun I had on me — here’s my pistol permit with Mobile County Sheriff’s Department. I’m licensed with everything,” said Thomas.

He says his old sheriff’s cruiser Ford Explorer — not purchased at auction, but from a dealer — and the lights on it — used during his security detail jobs. Which is where — according to Thomas — this whole thing started while at his security job at the Chevron Station on St. Stephens Road and Wolf Ridge Road.

Thomas says he had car he gave to a friend, who needed a vehicle. He says it was worth $8,300 and that the two had worked out a weekly payment plan. According to Thomas — last Friday — the woman’s estranged boyfriend chased her down from her apartment complex to the gas station in his Ford F-150 and nearly hit a couple of people in he parking lot — before hitting the woman’s vehicle — causing her to go into the roadway where she was t-boned by two vehicles.

Thomas claims he doesn’t know the man — but later found out where he lived — and confronted him last Sunday.

“He totaled my vehicle — so I’m trying to talk to him man to man — like dude you need to pay for my vehicle because I paid out-right cash for that vehicle. Like out of pocket — straight cash, no financing — nothing. And just trying to talk to him man to man. So he stepped back — I’m not going to pay you nothing and he swings on me. I’m a fugitive recovery agent. Nobody swings on me — I don’t care who you are… It’s not going to happen. That’s when I put the handcuffs on him — that was to protect myself,” said Thomas.

Thomas then admits putting the man in his vehicle and driving around the block — all the while on the phone with the man’s daughter — who according to Thomas said they’ll pay the money owed.

“We were only riding around the block for like 45 seconds. It was not to hurt him… Like just kind of scare him like dude — I can have some serious charges brought up on you because of what you did… Like just pay me my money and I’m going to just let everything go,” explained Thomas.

Prichard Police did not see it that way. Thomas is the one now facing “serious charges” — even losing all his licenses — essentially shutting down his security operation.

After years of being Jennifer for others, I’m embracing my Korean name for me