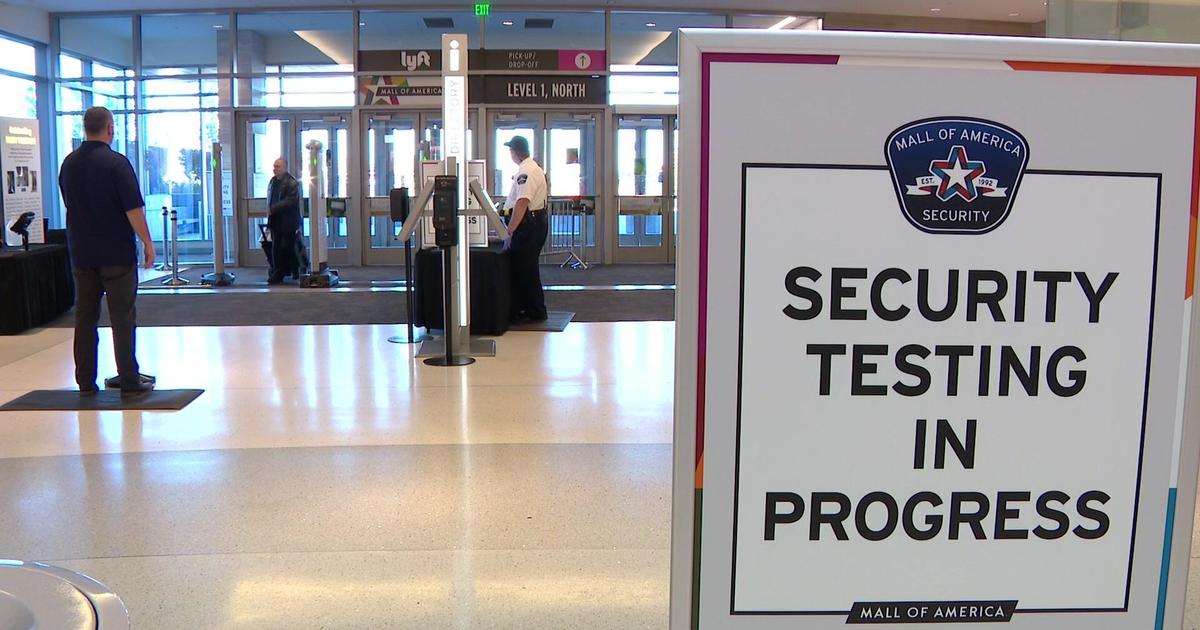 
BLOOMINGTON, Minn. — Major League Baseball mandated them in 2014. Disney World added them in 2015. Airports, county courthouses, prisons and a host of others have had them for decades.

Mall of America may be next in 2022, joining the list of major attractions and venues across the United States to employ metal detectors as an added layer of security against gun violence.

According to an MOA spokeswoman, the mall this month is testing the use of a “weapons detection system” at its north entrance, and might be moved to another location as part of the process.

“At Mall of America, the safety and security of our guests, tenants, and team members is our top priority,” the spokeswoman wrote in a statement to WCCO. “We are always looking for innovative ways to enhance security using the latest technology. With Mall of America being such a unique property, it is important to thoroughly evaluate this technology onsite to ensure its accuracy, effectiveness, and efficiency. We are currently in the process of testing a variety of options that may allow us to further enhance our advanced security systems at Mall of America.”

The arrival of the detectors comes as MOA grapples with two shootings over the past year, including one in August at the Nike store that placed the mall under lockdown.

April Kimball owns the Home and Beyond store just two doors down from Nike, and spoke with WCCO the day after the shooting.

“The mall was in complete chaos and people were running,” she said on Aug. 5.

On Tuesday, Kimball complimented the mall’s response since then and noted she’s seen a more robust police presence and engaged in several drills.

“I’m here every day. It’s not a scary place,” Kimball said. “It’s not a place I fear. My kids work here and I don’t fear their safety either.”

Anil Chitkara, founder and chief growth officer at Evolv, said the detectors being tested at MOA are used at stadiums and other big venues across the country.

How they work and what they’ll accomplish at MOA will be evaluated over the next month, and Chitkara said any detection system should be employed among many layers of security.

“A security strategy includes people plus technology plus process,” he said.

Jonah Kaplan is WCCO and CBS News Minnesota’s investigative reporter and has built a strong reputation for his balanced and in-depth coverage of high-impact issues including the economy, immigration, education, public safety, and the military, among others.