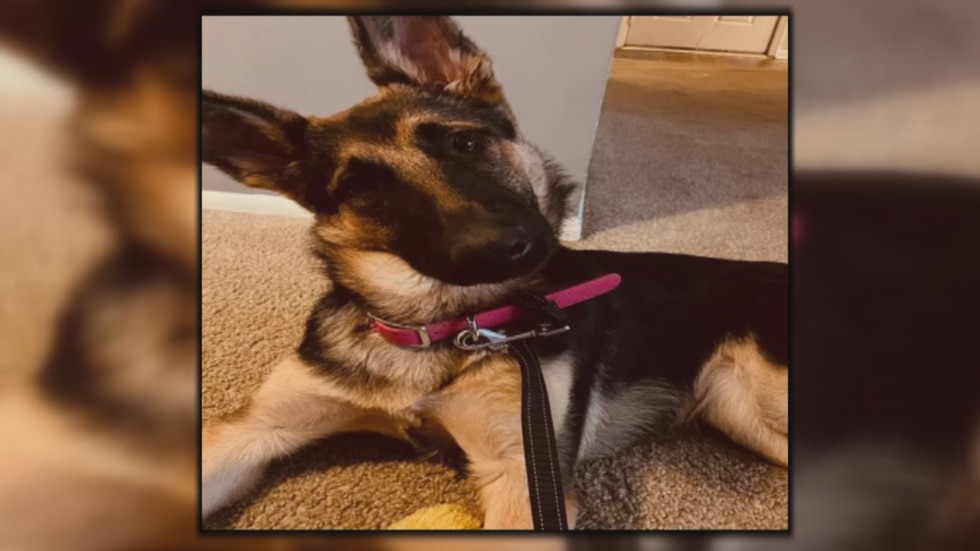 
ROSWELL, Ga. (CBS46) – A Roswell family says their 8-month-old German Shepard was wrongfully shot and killed during a maintenance service call, police say the alleged shooter will not face any charges.

Luna and her family moved to Enclave at Roswell Apartments just one month ago. The puppy was big but gentle, says the family.

But, a Roswell Police report alleges the opposite on May 2. An Enclave maintenance worker told officers he asked the dog to be secured by the grandmother before he entered. But he claims Luna chased the grandmother then chased him down the stairs.

The 33-year-old, “in fear for his safety,” used his 9mm handgun to shoot, according to the police report. Roswell PD told CBS46, there are no pending charges, nothing criminal took place.

“He was doing self-defense,” Mejia questioned. “[But] he had not been [bitten], he wasn’t scratched, his clothes were not torn apart.”

Mejia argues she should have gotten a heads up about what time maintenance would service her home, that way she could have been there.

“They have somebody walking around with a gun, that shot my dog twice.” She paused, “he left her there to die.”

Her children are scarred, her family is devastated, maintaining Luna was just playful, not dangerous.

“You can go around and ask anybody in that neighborhood, that has seen us for the month I’ve been here, how she is.”

Tenants claim the worker has since been fired, but property management neither confirmed to CBS46 his employment status nor its policies on staff entering units armed.

“She told me they were sorry and they had fired him. But if he was right on killing my dog, why did they fire him?” Mejia continued, “That’s what I don’t understand.”

Property management told us to reach out to corporate, First Communities. CBS46 is still awaiting a statement from the company.

We attempted to make contact with the worker, we have not heard back.