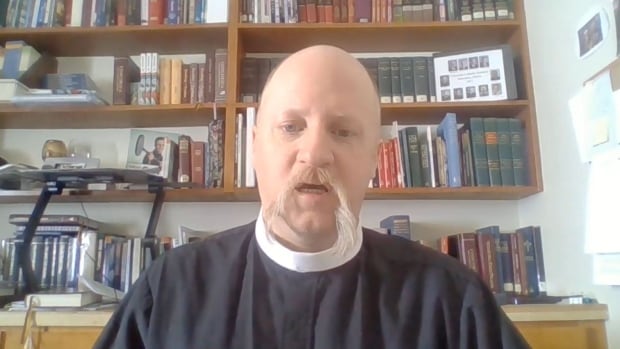 
Lutheran Church–Canada has placed a Saskatchewan pastor on leave as it initiates an investigation into allegations that he has been secretly using social media to attack a Saskatoon woman.

On Wednesday, the church confirmed on its website that, “Rev. Todd Guggenmos has been publicly accused of harassing an individual online through an anonymous Twitter account.” Guggenmos is the pastor of the Triune Lutheran Parish located in Langenburg, Landestreu and MacNutt, Sask.

“We have also received a screenshot of a tweet alleged to have come from the account which condones sexual relationships between adults and minors,” the church’s statement said.

The church said it is now in the process of hiring an external investigator to examine the allegations.

“Lutheran Church–Canada holds its pastors to a high moral standard and takes such allegations seriously,” the statement says. “No person deserves to face harassment, as alleged in these complaints. And our church body strongly condemns pedophilia.”

When asked about the allegations, Guggenmos replied by email.

“I did not write any tweet about sex between minors and adults,” he wrote.

He did not directly address the allegation that he harassed a woman using an anonymous Twitter account.

“I look forward to the report from the investigator on these allegations that have been made against me.”

The allegations were made by Tammy Robert, a prominent Saskatoon communications consultant and outspoken online political commentator who is no stranger to online conflict.

Robert alleged that for almost two years she had been targeted by someone using the Twitter handle @notTammyR.

“The tweets from that account have been breathtakingly vile,” she wrote in a blog. “Vicious personal attacks on myself and other Saskatchewan residents, particularly women.”

Several other Twitter users are also claiming that @notTammyR has been harassing them.

One of them is Tenille Lafontaine of Regina. She says that while she’s not certain who is behind the account, she does know that the person has been aggressively targeting her.

In a series of tweets, she said that she has complained to Twitter about the account and the company has agreed that @notTammyR violated the rules. But that didn’t stop the conduct.

“The person behind the account violated twitter’s rules against abuse and harassment over and over but was never removed until the owner closed it this week after realizing he was outed. TWO. YEARS.,” she wrote.

Robert said the “sleuths” came across a post on Facebook in which some associates of the pastor appeared to have “outed the Reverend Guggenmos by name as the man behind the @notTammyR mask.”

She said when initially confronted, Guggenmos denied that he was behind the @notTammyR.

Robert says she believes that the fact both accounts were deleted at about the same time “is a dead giveaway” that Guggenmos was behind them both.

In an email to Robert, Rev. Timothy Teuscher, president of Lutheran Church–Canada thanked Robert for raising her concerns.

“We anticipate that the investigator will wish to contact you as part of their investigation,” he wrote.

In a followup blog post, Robert responded to news of the investigation by publishing an open letter to Guggenmos.

“The only way you get out of this and keep your job is to admit what you did, genuinely apologize to me, your congregation and everyone else you’ve hurt with your behaviour over the years, then get the professional help you clearly need,” she wrote.

“I have never met you. Your hatred for me is misdirected, irrational and not worth losing your job over.”

In a March 25, 2021, prayer posted on YouTube, Guggenmos made reference to conflicts on social media.

He said God’s mercy extends to all people — “to progressives and to nationalists to your neighbour whose dog keeps getting into your trash and that person whose social media posts get under your skin.”

It’s unclear when the investigation will be completed.

‘ Raleigh man homeless 20 years enters PhD program with honors, awarded for being hero to others :: WRAL.com