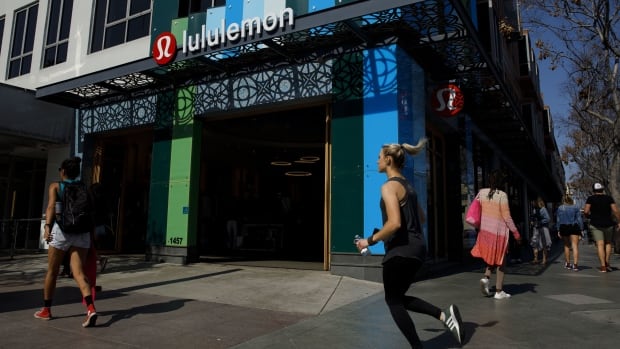 Lululemon settles lawsuit with Peloton over allegations of ‘copycat’ clothing


Two of North America’s biggest names in fitness have settled a lawsuit over allegations of “copycat” sports bras and workout tights.

Vancouver-based “athleisure” brand Lululemon has agreed to terms with American exercise bike company Peloton after negotiating a “mutually agreeable settlement” in the patent dispute, according to a notice of voluntary dismissal filed in a California district court on Friday.

The terms of that agreement have not been made public.

“Unlike innovators such as Lululemon, Peloton did not spend the time, effort and expense to create an original product line,” the Lululemon claim read.

Court documents show that the dispute dates back to a 2016 co-branding deal that allowed Peloton to put its logo alongside Lululemon’s on certain Lululemon products that were sold through Peloton stores.

In its own court filings, Peloton claimed the arrangement was “burdensome and time-intensive,” leading the company to end the partnership and develop “its own private label brand of fitness apparel.”

Lululemon, in turn, claimed that Peloton had simply imitated some of its garments. The yoga wear firm sent Peloton a cease-and-desist letter on Nov. 11, 2021, asking the company to “immediately stop selling its copycat product.”

According to the Lululemon lawsuit, Peloton said it needed until Nov. 24 to respond to the accusations in the letter.

Instead, Peloton filed its own lawsuit in the Southern District of New York, alleging that Lululemon was making “baseless threats” and asking a judge to pre-emptively declare that Peloton had done nothing wrong.

News of the settlement in California comes just one day after a judge in New York dismissed Peloton’s lawsuit, ruling it “an improper anticipatory declaratory judgment action,” filed with the intention of beating Lululemon to the courthouse.

Howard County girl joins mission to end hunger in the US