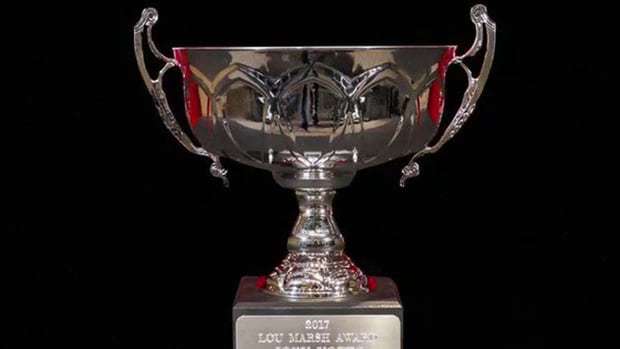 
The trophy awarded to Canada’s athlete of the year is getting a new name.

The Lou Marsh Trophy has been handed to the country’s top athlete, male or female, annually since 1936, with Nancy Greene, Wayne Gretzky, Bianca Andreescu and Alphonso Davies among the recipients.

Decathlete Damian Warner won the 2021 award after capturing gold at the Tokyo Olympics.

The award was named after Lou Marsh, a former football player and NHL referee who spent more than 40 years working in the Toronto Star’s sports department in a variety of different roles.

Questions have been raised in recent years over whether the honour should be renamed because of some of the racist language used in Marsh’s writing.

The Toronto Star is taking public submissions on a new name for the trophy, and a committee is set to choose a replacement before the 2022 award is handed out in December.