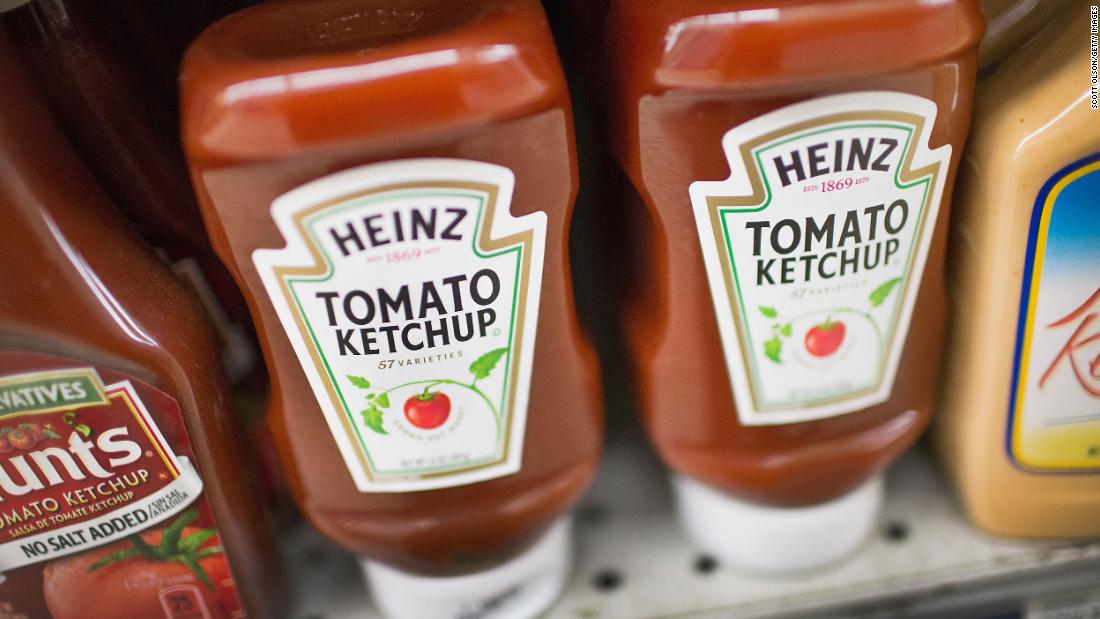 Last month, the company announced a deal with Microsoft to help secure its supply chain by, among other things, using automation to speed up operations and replicate the company’s facilities online.

Kraft created “digital twins” in the metaverse that allow the company to problem-solve virtually. The tactics should help Kraft get its products to grocers more quickly and ensure that factories are running as efficiently as possible.

“We’re really committed to supporting our customers in … what we call the industrial metaverse,” said Lorraine Bardeen, CTO of Microsoft Industry Solutions. “This means that Kraft Heinz will be able to put their products … into consumers’ hands faster.”

Although the true metaverse is a pie-in-the-sky virtual world that isn’t quite ready for prime time, “metaverse” has become a catchall term for everything virtual — including logistics solutions that companies like Kraft Heinz and Microsoft are pursuing.

The deal, which Kraft said is one of its biggest tech investments, “increases our dependability,” said Carlos Abrams-Rivera, Kraft Heinz President of North America, adding that it should help make “sure we’re there whenever you need us … regardless of the situation that the world is going through.”

Companies like Kraft saw their supply chains tested early in the pandemic, when restaurants closed their doors and consumers started panic shopping in supermarkets. To keep up with the sharp shift in demand, they had to make several speedy pivots, like prioritizing popular products over niche ones and certain pack sizes over others.
For Kraft Heinz (KHC) that meant, among other things, ramping up production of ketchup packets for takeout. “We handled that fairly well,” said Abrams-Rivera.

But there were other areas where “inventory [was] getting trapped in the system,” he said.

Kraft could predict that demand for ketchup packets would spike because it was paying attention to international trends. But when demand suddenly changed in certain cities or states because, say, a rise in Covid cases kept school-aged children at home, Kraft wasn’t able to respond as quickly.

That’s bad for customers, who may have been met with empty shelves, and it’s bad for Kraft, because those customers might have turned to a competitor instead.

So how can automation and virtual manufacturing facilities help get products on shelves?

Abrams-Rivera offered this example: A retailer on the West Coast decides to offer a promotion on Lunchables, driving demand for that product up.

Typically, that requires a lot of employees to pull a lot of levers. After the retailer places the order, someone on Kraft’s team has to see the request and alert warehouses, and so on. But with help from Microsoft (MSFT), Kraft can automate more of those steps to speed up the process.

And then there are those digital twins. Virtual versions of Kraft’s manufacturing facilities can give the company’s leadership a better view into how they work — and what needs improvement.

A single Kraft factory may make a few different things, such as Ketchup, sauces and vinegar, Abrams-Rivera said. Digitally mapping out these facilities helps Kraft better understand the flaws in the design and increase efficiencies.

Kraft doesn’t currently have “a system that allows us to map the entire factory to see the best flow,” explained Abrams-Rivera. The digital twins will change that.

The virtual option could also allow Kraft to catch errors ahead of time by allowing it to simulate production. “Normally you wouldn’t know until you actually run the product on the line,” Abrams-Rivera said. Testing online can help speed up the process of getting a new product to market.

Companies turn to the metaverse

As the idea of the metaverse gains traction, more companies are looking at ways to connect virtually with consumers.

“I see gaming as really the springboard into this new phenomenon we call the metaverse,” Adam Harter, SVP of media, sports and entertainment at PepsiCo, previously told CNN Business. “As people live their lives in the metaverse on a more daily basis over the next few years … it’s critical for brands like ours to make sure that we are where those consumers are living their lives.”