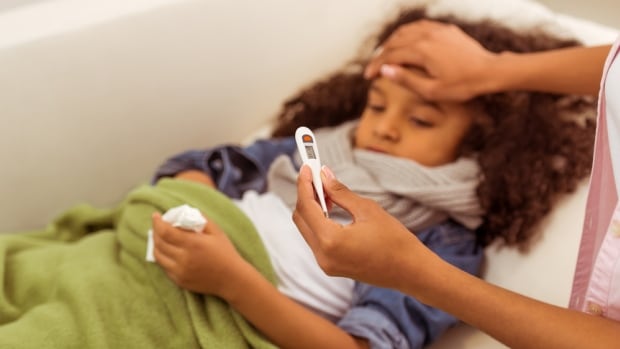 
Relatively low circulation of the flu over the past two years puts young children at greater risk than usual of catching it this fall and winter, say experts who also fear fewer pandemic measures and reduced vaccination uptake will further spread.

To a lesser extent, adult resistance to influenza is also lower than it otherwise might be because fewer people received the immune boost of a recent winter infection, says infectious diseases specialist Dr. Susy Hota, stressing the added importance of flu shots this season.

“Our immune responses get boosted to some degree when we see these viruses more frequently,” said Hota, the medical director of infection prevention and control at the University Health Network.

“We haven’t really had that over the last two years. So people could get more symptomatic and pick up these infections and notice them more the next couple of years.”

Pandemic measures to limit COVID-19 spread led to just 69 confirmed flu cases during the 2020-2021 season and only sporadic cases in 2021-2022, according to a recent update from National Advisory Committee on Immunization, which advises the Public Health Agency of Canada on vaccine use.

The pool of potential flu patients this fall and winter is greater, just as masks and distancing rules have dropped, says immunologist Dawn Bowdish of Hamilton’s McMaster University.

“As a population we are ripe for influenza,” she said. “One of the reasons it seems to be spreading a little bit earlier than it would be in a sort of a pre-COVID year is because there’s just so many susceptible people who can harbour this infection.”

Like Hota, she says the potential rise in circulation in the coming months is “a really big problem” for children under two who are being exposed for the first time and are more susceptible to serious illness.

The same is likely true for kids aged three and four who otherwise might have gotten flu when they were babies or toddlers but were spared because of COVID-19 mitigation strategies, she adds.

“Because we are dealing with a whole bunch of kids who haven’t had a lot of stimulation … we can expect that it could be really problematic in young kids this year,” said Bowdish.

WATCH | Is it COVID or the flu? How to tell the difference:

Is it COVID or the flu? A doctor explains

Dr. Samir Gupta reminds the public to be aware of COVID symptoms and how to properly test as we enter flu season following Thanksgiving gatherings.

She notes a similar scenario played out last summer when a surge of respiratory syncytial virus, or RSV, sent infants, toddlers and preschoolers to hospital and strained pediatric health-care resources.

While myriad other pressures continue to strain the health-care system — including ongoing COVID-19 infections that many experts fear will also rise — it’s especially important to get the flu shot this year, Bowdish adds.

As far as flu risk to the population as a whole, infectious disease expert Matthew Miller does not expect one missing flu season will make us vastly more susceptible than previous years.

Miller, the director of the Michael G. DeGroote Institute for Infectious Disease Research at McMaster, says many adults can count on some level of immunity generated by a lifetime of exposure to seasonal influenza, including seniors who don’t generally mount as strong of an immune response as younger age groups.

That immunity can last years and even decades if someone encounters a flu strain that is closely related to something they’ve seen before.

“During the swine flu pandemic, seniors were disproportionately protected from dying because that virus looked a lot like the virus that caused the 1918 Spanish flu,” said Miller, also an associate professor of biochemistry and biomedical sciences at McMaster.

“People who were very old and were exposed to the 1918 Spanish flu and viruses that were similar to it that circulated in the year shortly thereafter actually still had protection all the way up in 2009.”

There have been occasions where the same strain will recirculate for several years but if it changes, that pre-existing immunity becomes a lot less effective, says Miller.

Thanks to pandemic measures that also shielded most people from flu infection, Bowdish says the types of influenza now circulating are quite different than before the COVID-19 outbreak.

“Because of all the social distancing (and) the masking, many lineages of the flu virus have actually gone extinct,” she said.

Schools, offices and doctors are bracing for a busy cold and flu virus season this fall now that most Canadians have resumed pre-pandemic activities. Scientists aren’t sure what to expect, but they say Australia’s latest flu season might provide some insight.

Clues to this season’s dominant strain can be found in what circulated in the Southern Hemisphere, says Miller, noting we can most often expect to see the same version emerge in Canada.

“But it’s not always what happens in practice, because, of course, between the Australian season and our season there are gaps and the dominant virus can change in the interim,” he said.

Still, Miller said it’s likely that someone who fell ill in 2019 will have some protections this season, believing any changes to this year’s flu will be “modest.”

While countries including Australia, New Zealand and South Africa were hit particularly hard, Bowdish says it’s not clear if that’s because the virus itself developed particularly problematic mutations, because vaccination rates fell short, or because the vaccine didn’t match the strain very well.

Danielle Paes of the Canadian Pharmacists Association points to a survey of 1,500 adults in August that found only 50 per cent of respondents said they would get a shot this year, down six points from a survey in 2021. The margin of error is plus or minus 2.53 percentage points, 19 times out of 20.

Paes says waning interest in the flu shot could also exacerbate the flu’s impact this season.

Hota points to the resumption of many pre-pandemic activities as a main factor driving flu infections this season, noting that mask mandates have dropped, people have resumed travel and are gathering again indoors.

“In previous years, we’ve had public health measures and some kind of restriction in the movement of people or socialization or the ability of people to congregate,” she said.

Kids as young as 5 can soon get updated COVID boosters in U.S.

Yukon family fighting to save baby’s life after rare diagnosis