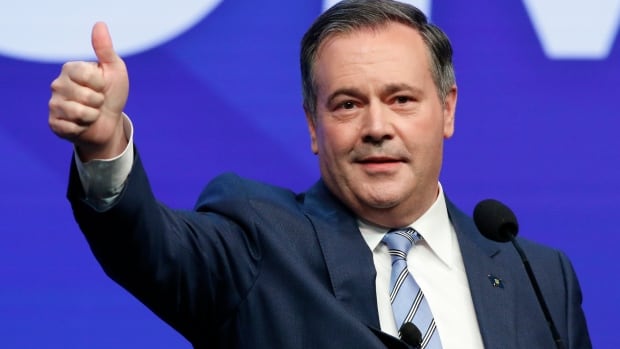 Kenney pleads for UCP members ‘not to compare him to the Almighty, but the alternative’


Premier Jason Kenney tried making his problem of political survival the problem of all Alberta conservatives Saturday, but experts say that isn’t the reality.

The United Conservative Party special general meeting — the sole purpose of which is to review Kenney’s leadership — convened Saturday morning.

In his address to party members, Kenney offered two paths forward: division or unity. The former, he said, would erode the UCP and result in the Opposition NDP forming a government after next year’s provincial election.

“I ask that you not compare me to the Almighty, but to the alternative,” he said, referring to NDP leader Rachel Notley.

Kenney enters the weekend an unpopular figure, mainly due to frustrations surrounding decisions made during the COVID-19 pandemic and his leadership style. Recent Angus Reid Institute polls suggest the Alberta premier has only a 30-per cent approval rating, and a higher disapproval than the NDP.

Brian Jean, UCP MLA for Fort McMurray-Lac la Biche, has been outspoken about taking over the party. Doug Schweitzer, the current minister of jobs, economy and innovation, and Danielle Smith, who’s running for the UCP nomination for the Livingstone-Macleod riding, have also expressed wanting to run for party leadership.

But on Saturday, Kenney tried convincing party members that he was the one who could keep the party together, lead it into prosperity and keep “the socialists” out of power.

The premier widely defended decisions made during the pandemic, expressing only some regrets. He also lauded his accomplishments, such as balancing this year’s provincial budget.

Kenney ended his speech by saying uniting conservatives in Alberta requires “constant effort”, and that it is much easier to criticize than to lead during historic crises.

She noted, however, that Kenney’s claim to be the only option available to conservatives is shortsighted, as polls suggest Brian Jean would fare better against Notley in an election.

“The speech today was trying to persuade Albertans to look to the future and not to the past, and that he is the key to the future as opposed to anyone else,” Williams said.

“But that alternative isn’t necessarily Rachel Notley. It may well be Brian Jean. That might be the key to the success of the UCP, and he might be a more appealing alternative to the UCP.”

Lisa Young, a University of Calgary political science professor, agrees. But Young also noticed that the premier spent a lot of time reciting his resume, such as serving as a federal minister.

“Those qualifications would certainly be items we’d expect to hear if he were running for the party’s leadership, but not necessarily running to keep the leadership,” Young said.

In a statement to CBC News, Jean accused Kenney of having divided the party, and said Kenney’s speech resorted to fear, leaving the choice of “more-of-the-same” or the NDP.

The UCP should be more than one person, Jean said in an emailed statement.

Some have criticized the mail-in ballot system that will be used to vote on Kenney’s leadership leading up to the review.

Ballots will be sent out to party members. They are due by 5 p.m. on May 11, then the results will be revealed May 18.

Before introducing the premier to the stage on Saturday, Cynthia Moore, UCP president, stressed that the mail-in system is “the most democratic way to hold this vote.”

“There are some who, if they don’t receive the desired outcome, will say this is a flawed process,” Moore said. “Nothing could be further from the truth.”

The RCMP is still investigating allegations of fraud and identity theft related to the 2017 vote.

Kenney said Saturday that he would respect the results of the vote — and he expects others to do the same.

“If the members decide that they want to have a leadership election, I will step aside,” he said.

“I believe all of our members will expect every member of our caucus and our team also to respect the decision of the members democratically expressed in this review vote.”

To Young, this was Kenney speaking directly to his potential competitors — particularly Brian Jean.

“If I win, I expect you to be a loyal, quiet member of my caucus. Otherwise you’re out,” she said.

“He’s drawn his line in the sand now.”

Spring storm could bring 30 to 80 cm of snow to Manitoba next week, flood forecasters warn