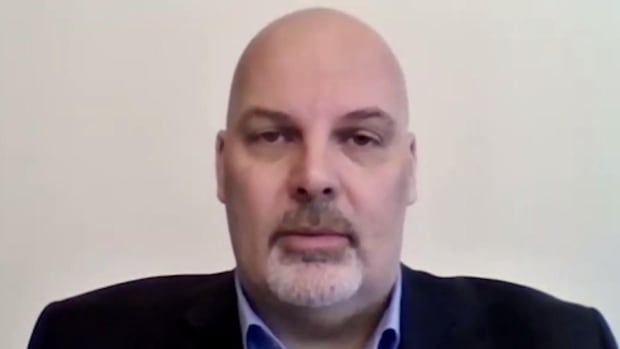 In July, May came under fire following the resurfacing of a 2009 book review he wrote that critics say highlighted Islamophobic ideas.

In response, May said in a statement he was committed to meeting with Alberta’s Muslim community “to learn more about their lived experiences in Alberta and to work towards overcoming discrimination against the Islamic community.”

However, an open letter signed by 28 Alberta-based Muslim organizations published Monday alleges that May has failed to meet with Muslim leaders.

CBC requested an interview with May or a representative of the Alberta Human Rights Commission on Monday but received no response. The commission told CBC in July that its policy mandate prevents a chief from giving media interviews in order to maintain neutrality.

National Council of Canadian Muslims spokesperson Said Omar said that after May committed to working with the community, Muslim leaders suggested dates for meeting with May, which he declined.

May never responded to their request that he propose dates that work for him, Omar said.

Omar declined to share who received legal letters from May, but confirmed that neither NCCM nor any of the open letter signatories have received one.

CBC has received a letter threatening legal action from May regarding an article published July 16 about the book review controversy.

1. Today, over two dozen of Alberta’s leading Muslim organizations and mosques sent a letter to Minister <a href=”https://twitter.com/shandro?ref_src=twsrc%5Etfw”>@shandro</a> asking for the resignation of the Chair of the Alberta Human Rights Commission, Collin May. <a href=”https://t.co/4rSmUF6FOe”>pic.twitter.com/4rSmUF6FOe</a>

“In a time where brazen attacks on Muslims in Alberta have been growing, specifically targeting Black Muslim women wearing hijab, Mr. May’s decision to threaten to sue his critics, while simultaneously suggesting outreach with Alberta’s Muslim communities, have been extraordinary and shocking,” the letter states.

May, a Calgary lawyer, began his new five-year role as chief in July after serving on the commission since 2019.

Shortly after, he was criticized for a review of Israeli-British historian Efraim Karsh’s Islamic Imperialism: A History.

In the review, May highlighted Karsh’s Islamophobic position that Islam is inherently militaristic.

“[Karsh] defies the multicultural illusion regarding pacific Islam and goes to the heart of the matter. Islam is not a peaceful religion misused by radicals. Rather, it is one of the most militaristic religions known to man, and it is precisely this militaristic heritage that informs the actions of radicals throughout the Muslim world,” May wrote in his 2009 review.

In an interview in July, Omar explained that understanding of Islam is incorrect and that it’s not a view held by most, if any, Muslims.

First US death due to monkeypox confirmed in Los Angeles County

Flint students, teachers build bunk beds for those in need